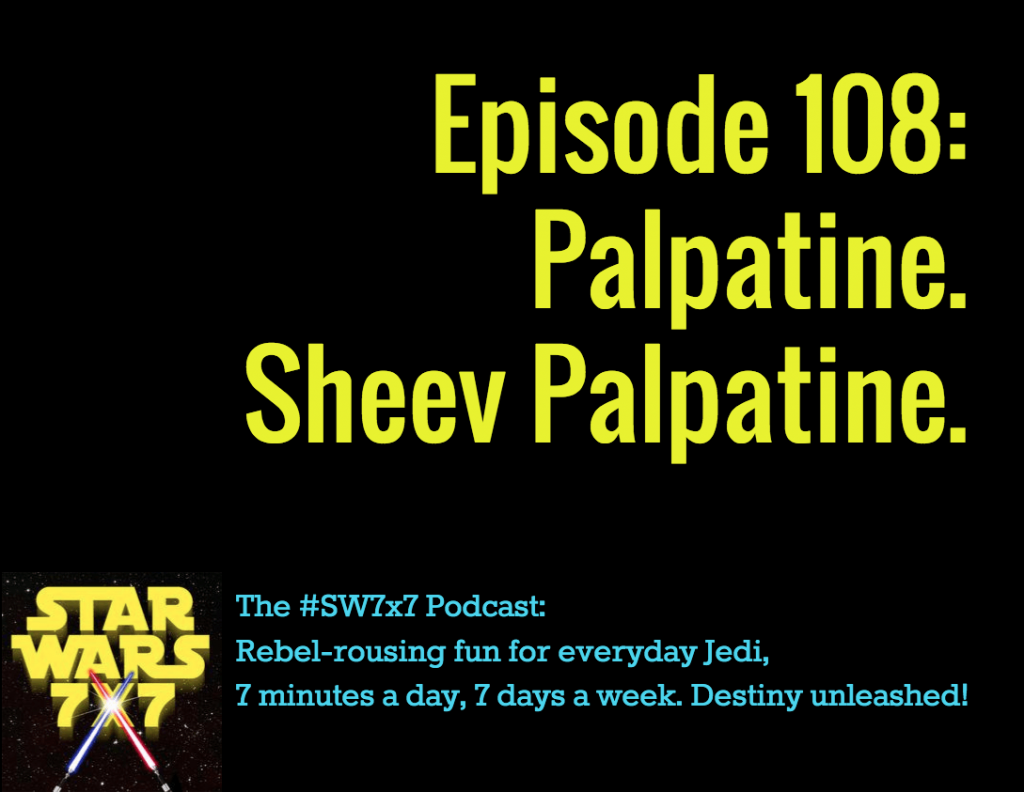 With the Internet frenzy happening right now about the reveal of Palpatine’s first name in the upcoming novel Star Wars: Tarkin by James Luceno – it’s not just Star Wars specific websites that are discussing it, it’s also movie-focused sites and mainsteam media sites, too – the digging to see the history of what we thought about Palpatine’s first name just got a lot harder.

Luckily, the estimable Wookieepedia has started separating itself into “Canon” and “Legends” sections based on the announcement earlier this year, which means that the Expanded Universe information is readily at hand. The story goes that Palpatine was unhappy with his father’s lack of ambition to gain more power, to the point of even wanting to kill him. His act of rebellion instead was to ditch his first name, and demand only to be referred to by his family name. The “Palpatines” were a noble family on Naboo, so at least there was some value to the last name.

There were drafts of things which included his name, but because they were only drafts, they don’t really count. There’s a thread at Stack Exchange which goes into it in great detail, and the names include “Dantius,” “Ethril,” and “Cos.” That latter seemed the most likely possibility for a long time, because Palpatine’s father’s name was “Cosinga.” And since our Emperor was the eldest son of Cosingna, there’s a logic to the possibility that he was born Cosinga Palpatine Junior. Which, considering how frustrated he was with his father (and his mother too), it makes sense that he would drop the name that specifically tied him to his father, but still retain the last name that reflected his noble heritage.

So now we come to the past week, in which someone, presumably working from an advanced reader’s copy of Tarkin, found Palpatine’s first name in the book, and quicker than you can say “Owen’s your uncle,” that bit of news found its way online. Sheev Palpatine, S-H-E-E-V Palpatine. What do you think about it? Let us know at Facebook.com/sw7x7.

So far, the public sentiment has been mixed, and I’ve seen reports calling it weird, lame, or ridiculous. There are a few different sources that talk about the development of character names from Naboo, and I particularly liked one from the blog of Tor, the scifi/fantasy publishing house. In it, Chris Lough points out, “The humans on Naboo, or at least the ones notable in the story, have names that originate from sanskrit words and terminology.” Specific to Palpatine, he says:

Sheev fits that style … being an obvious reference to the godly aspect Shiva, the destroyer and transformer in Hinduism. Ol’ Palps certainly fits that bill. Really, he does nothing but that in the movie saga, always pushing and goading from within and without, dismantling old orders and replacing them with new ones.

The more I think about it myself, two things come to mind. First off, I never needed to know. I kind of liked the fact that we never knew, and I also kind of like the larger idea that there are mysteries, some large and some small, that we can wonder about within the Star Wars universe. Things that are left open to the fans to explore and debate and dream about. This is an incredibly huge universe, and as it gets charted – or re-charted, now that we have a new vision of the canon – there’s a level of detail that I’d suggest we don’t really need or want, which also makes it an even more compelling world, because we can project ourselves into it more easily when there’s more mystery.

That said, if he has to have a name, Sheev is growing on me pretty quickly. I never expected it to sound like a real-world name, and ultimately, it’s just a piece of trivia, since he’s so thoroughly rooted in the culture as Palpatine, the one name, the only name, that signifies the heart of evil in the Star Wars universe. 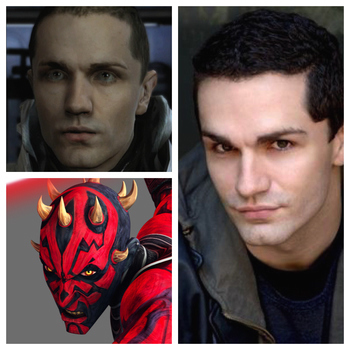 Fan favorite voice actor Sam Witwer celebrates a birthday today! Some folks know him from the Battlestar Galactica reboot or from The Walking Dead. Star Wars gamers know him as the voice of Galen Marek, codenamed Starkiller, Darth Vader’s secret apprentice from The Force Unleashed. Toons fans know his as Darth Maul from the Clone Wars. No matter how you know him, wish him a happy happy today, he’s @SamWitwer on Twitter. (Pics via Wookieepedia)

We have 8 left as of this posting – http://t.co/hJCGI1GFC6 #darthvader #starwars pic.twitter.com/rAI6TRnm76

Today’s question: Who was known as Echo Seven while on Hoth patrol?