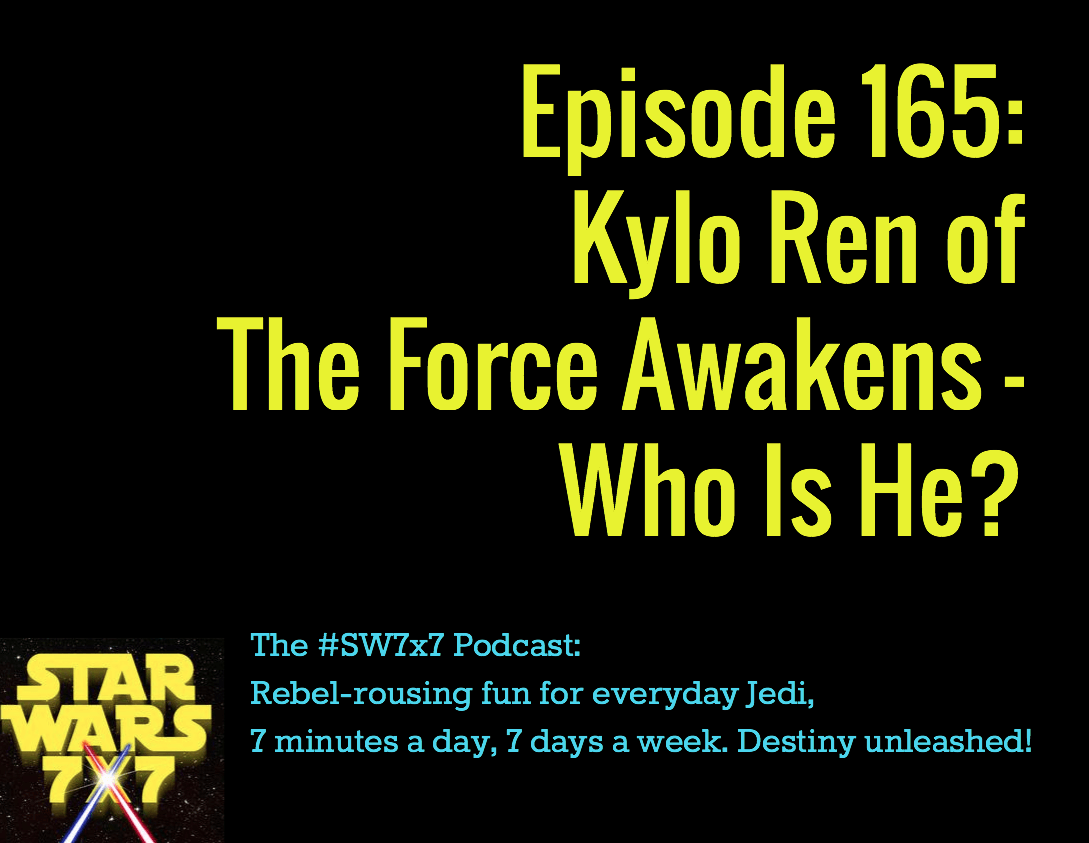 Is a Darth by any other name still a Darth? Certainly! Count Dooku was also Darth Tyrannus, so Kylo Ren could easily be a Sith lord in The Force Awakens. He could also be a Sith Inquisitor, or just someone very interested in unique red lightsabers. Those are the ones that end up getting customized, after all. You never see a blue or green double-bladed saber these days, for example, do you?

Did you know? The cross-guard hilt lightsaber has a cousin in the Expanded Universe. Supposedly, the Forcesabers, which pre-date lightsabers, were used as many as 20,000 years before the Battle of Yavin, by a species called the Rakata.

Today’s question: What power did Leia claim she didn’t understand?