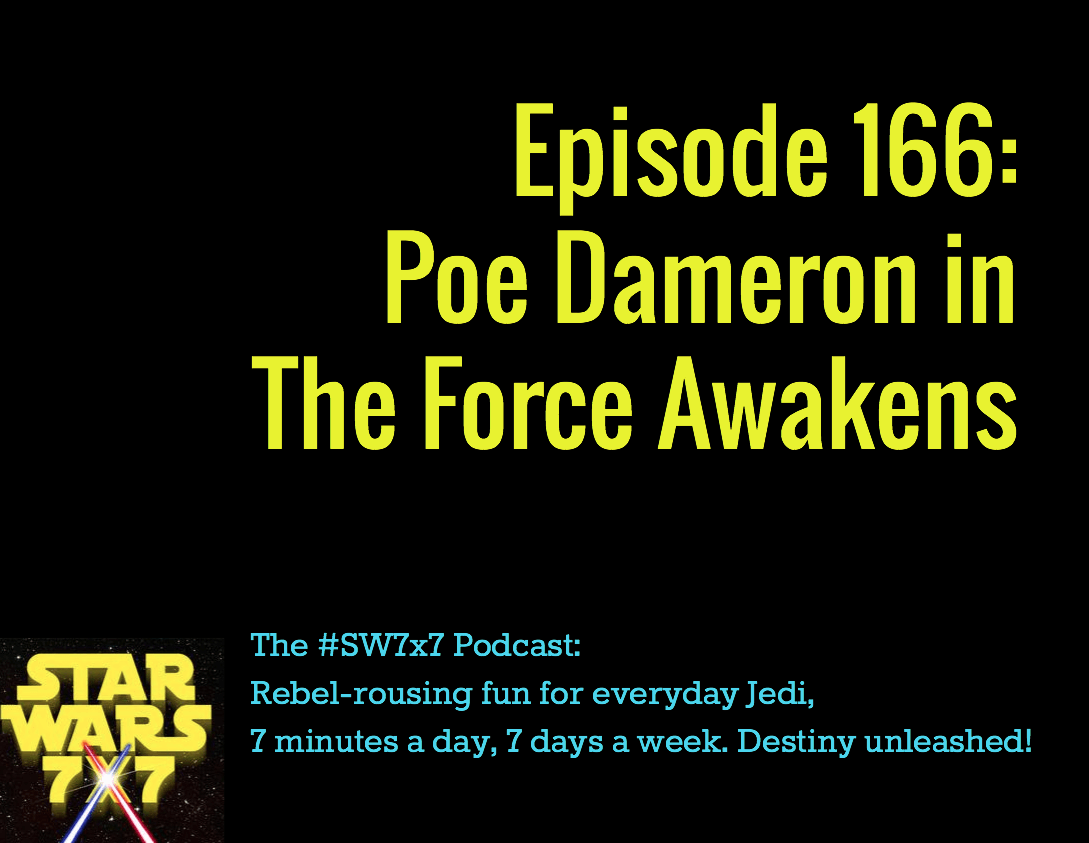 Little was known about Oscar Isaac’s character in The Force Awakens, leading up to the teaser trailer debut. Some people thought his last name was going to be Darklighter, and that he’d be a relative of Luke’s old pal Biggs. Wrong! Turns out we still don’t know much about him at all…

Did you know? Some very smart folks looked at the text on Poe’s flight suit, and were able to translate it as “Pull to Inflate.” Well, it looks like he knew he was going to be flying over water in this instance, doesn’t it?

Today’s question: How many hops did Chewbacca’s holoboardgame piece move before its unfortunate capture?