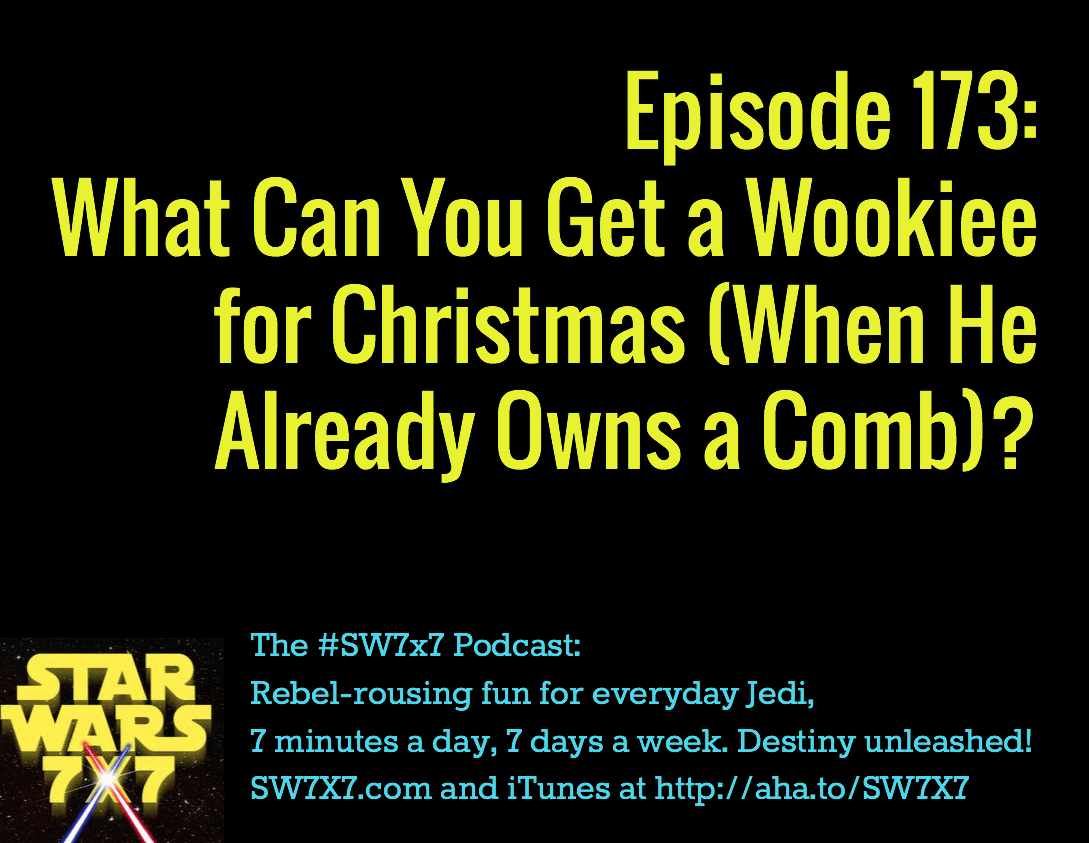 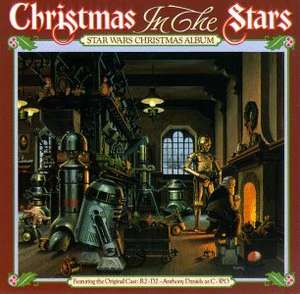 Welcome to Part 2 of our nostalgic look back at the Star Wars Christmas album, Christmas in the Stars! Today, we’re featuring on the blog one of the all-time classics, What Can You Get a Wookiee for Christmas (When He Already Owns a Comb)? Sung by the robots at the workshop were droids work to put together gifts for the inscrutably named “S. Claus.”

Did you know? According to Wikipedia, “The majority of the album’s original songs were written by Maury Yeston, a Yale University music professor who went on to become a Tony Award-winning Broadway musical composer.” Specifically, Nine in 1982, and Titanic in 1997, both of which won Tony Awards for best musical and best score. And Christmas in the Stars on that resume, too!

Remeber when Christmas morning used to look like this? #StarWars pic.twitter.com/9HJJFcreNn

“Jedi Got Run Over By A Reindeer” Ladies’ Long Sleeve Tee – click the pic for details!

Today’s question: What planet caused Luke to remark, “There’s something familiar about this place”?