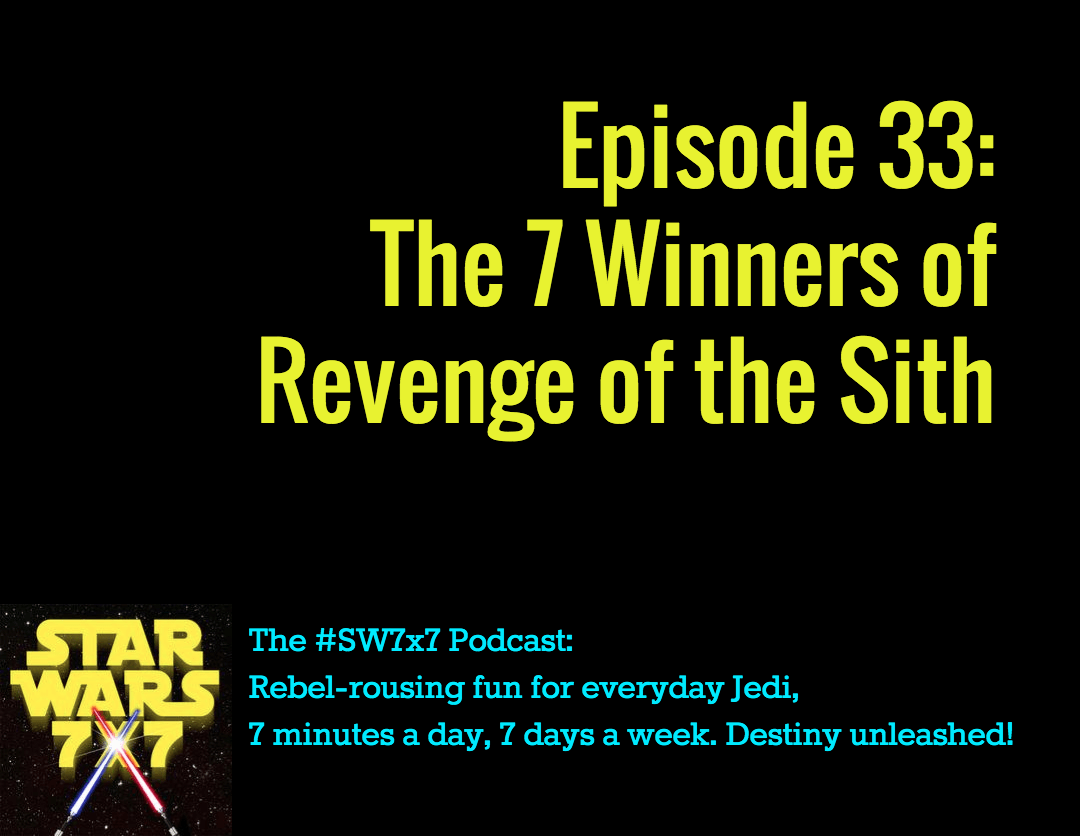 The Jedi and the Sith have been going back and forth in their power struggle for thousands of years, and The Golden Age of the Sith, released in trade paperback 17 years ago today, explores some of the ancient history that takes place before the events in Star Wars. Are you a Star Wars comics fan? Share some of your favorites in the comments!

#NewDawnCountdown 32) The Emperor’s line on the back cover of A New Dawn came from an early Episode III script… pic.twitter.com/VGeymg8GqH

Come to the Dark Side, We Have Bacon Tee – click the pic!

Today’s question: What did Jabba the Hutt do with the protocol droid he had before C-3PO showed up?

Force Feature: The 7 Winners of Revenge of the Sith

Today, we’re talking about the winners in Revenge of the Sith – the folks who came out on top, in a better position because of the events of the movie, or who were just plain luckier than they had any right to be. The one ground rule of this is that the winner had to either appear or be mentioned by name in the movie to qualify.

#7: Padme Amidala. Let’s face it, would you want to be the wife of one of the most evil dudes in the galaxy? I mean, I still can’t believe the ridiculousness of the “She died of a broken heart” line, but I’ll bet Lucas was writing the script like he was aiming to land on exactly that piece of dialogue, so we’ll never be rid of it. But she managed to cling to life long enough to bring the babies into the world, so give her credit for that.

#6: Luke. Because dad didn’t kill him when he had the chance! But someone’s better off than he is…

#5 Leia. Because dad also didn’t kill her, AND because she got to be raised as a Princess on a gorgeous and lush homeworld by her adopted family, instead of being raised as a farmhand on a harsh backwater desert planet for a blue-collar family.

#4: C-3PO. For everything bad that happens in this movie, at least Threepio gets to have his memory wiped, so he doesn’t have to remember any of it. Maybe they should remake that movie “Memento” with Threepio as the main character! That’s a fan film I’d definitely check out.

#3: R2-D2. At least someone is going to carry the memories of what really went down after Order 66 was unleashed. Sure, the rebels and survivors will have some of that, but will it be as perfectly, precisely recorded as it was by R2-D2? Heck no. And he didn’t wind up stuck with Darth Vader at the end of the movie, lucky him! Which begs the question – if he had, could he ever have turned into an evil astromech droid? I bet not, I bet it’s nowhere in his programming.

#2: Obi-Wan Kenobi. Look, he should have been cut in half by the platform that Dooku dropped on him at the beginning of the movie. He takes out General Grievous, and he was one of only two Jedi to survive Order 66 (that we see in the movie, at least). And I know he felt so terrible about Anakin, in light of their Master/Padawan relationship over the past decade. But considering what a hotshot Jedi Anakin has been, and how many times Anakin has had to save his bacon, there must have been something satisfying about taking down your arrogant pupil in such a decisive way.

#1: Palpatine. These movies are as much his story as anyone else’s. What a remarkable feat he pulled off, a plan that had to be at least two decades in the making, requiring the cooperation and manipulation of multiple guilds, clans, star systems, Jedi Councils, and all the Senatorial machinations, too. Not to mention killing his master, and getting two apprentices killed off before landing the biggest Force prize of all.

So that’s my list of the top 7 winners for Revenge of the Sith! Who else should be on the list? Have your say in the comments!