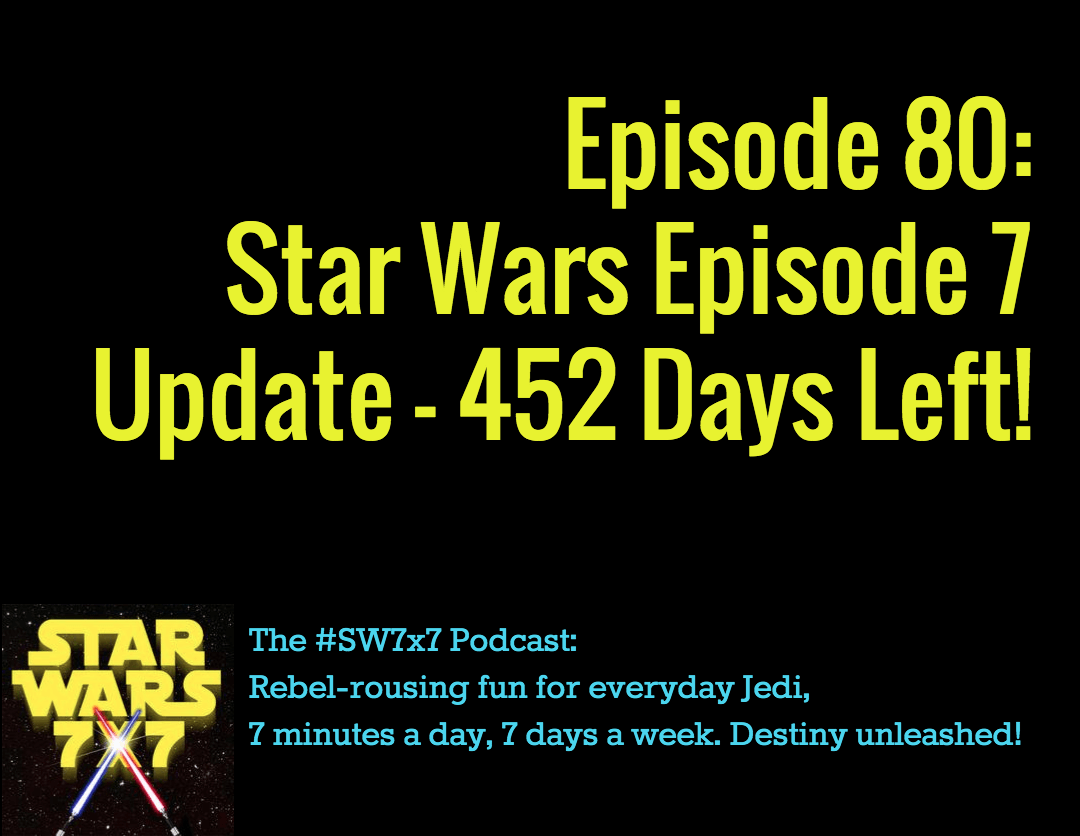 It’s been a week of spy photos, rehashed rumors, new takes on old rumors, and all with a couple of surprises thrown in. So sit back, pour yourself a cup of blue milk, and let’s get started.

As a note for our newest listeners, I don’t reveal the actual rumors or spoilers on the podcast itself. Instead, I link to them from the blog post for this show’s episode at SW7x7.com. I’ll give you the high-level details, though, and of course, anything that relates to what’s been announced by official sources is fair game.

With that, we turn our attention to RAF Greenham Common, a former Royal Air Force station in Berkshire, England, about 50 miles west of London. As we’ve mentioned in earlier episodes, the production team has only confirmed Pinewood Studios and Abu Dhabi as shooting locations, but once that flyover tweet photo of a half-built Millennium Falcon next to a tarp-covered X-wing hit the Internet, well, you knew what would happen, right?

Yup. Greenham Common got swarmed. And people sent up drones to get more aerial shots. So if you go to the blog post for this show’s episode, you’ll find links to see the photos of the Falcon and not one, but multiple X-wings, each in different colors.

Meanwhile, it appears that Adam Driver, John Boyega, and Gwendoline Christie were all at this location, and this raised a lot of questions in the rumor generation mill. Everyone’s been assuming that Driver would be playing a bad guy, and Christie’s been rumored to be on the bad side, too. But Driver’s costume – and I’m choosing the word “costume” intentionally, to not give anything away – has definitely been a good-guy costume in the past.

So, is he or isn’t he? We may never know until we get to see a trailer. Because, speaking of the past, rumor has it that there’ll be flashbacks in Episode VII. So when we see these spy photos of people walking around ou the set, we really have no way of telling whether what they’re shooting is stuff from the past, or from the present day. And thus, we don’t know if what we’re seeing represents a vital plot point.

Plus, even if he is wearing a good-guy costume, that still doesn’t mean he’s a good guy! Could be a spy, could be someone who turns away from the good guys, who the heck knows?

Meanwhile, one rumor that’s been dispelled is that the WWE wrestler Sheamus will be playing Darth Vader. His proximity to Skellig Michael, the Irish island where the production team was supposedly filming with Mark Hamill and Daisy Ridley, was just a coincidence.

Now, let’s round up some more of the rumors and gossip that we haven’t touched on before. Thanks to a couple of different sources, including a leaked plan for a LEGO set, we have some new information on what passes for stormtroopers, and what one of their new abilities may be.

There’s been a rumor in play for a while now about what Luke Skywalker has been up to in the 30 years since the end of Return of the Jedi, and a new source is claiming something different about that timespan. In the Extended Universe, Luke was building up the New Jedi Order, but with all of that being thrown out in the new continuity, there have been conflicting rumors abounding about whether there are new Jedi out there or not. Again, links to explore this more deeply are at the blog post for this show’s episode.

And two last villain rumors, this time suggesting the descendant of a bad guy from the prequels could be involved in the plot in a major way, and suggesting the name of a planet tied to the bad guys in the movie. That planet’s a special one, and it’s been referenced in other Star Wars literature before, though under a different name. 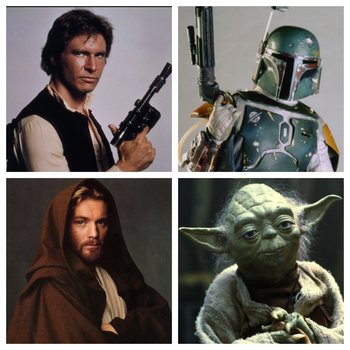 And last but not least, Episode VII comes out in 2015, and Episode VIII comes out in 2017, and Disney says they want to release one every year, so what’s coming out in 2016? Yoda, Boba Fett, and young Han Solo spinoff films have all been rumored, and now you can add Obi-Wan Kenobi as a possible candidate to the mix. Who do you think will get the 2016 film? Make your guess on our Facebook Page!

Links to rumors and spoilers articles:

Did you know? Blue milk is actually milk that comes from the female bantha, and even crazier is the fact that, according to Wookieepedia, you can get it on almost every planet, because banthas are actually common in the galaxy, and not just limited to Tatooine (even though it’s sometimes called “Tatooine” milk).

Today’s question: How many engines power an escape pod?