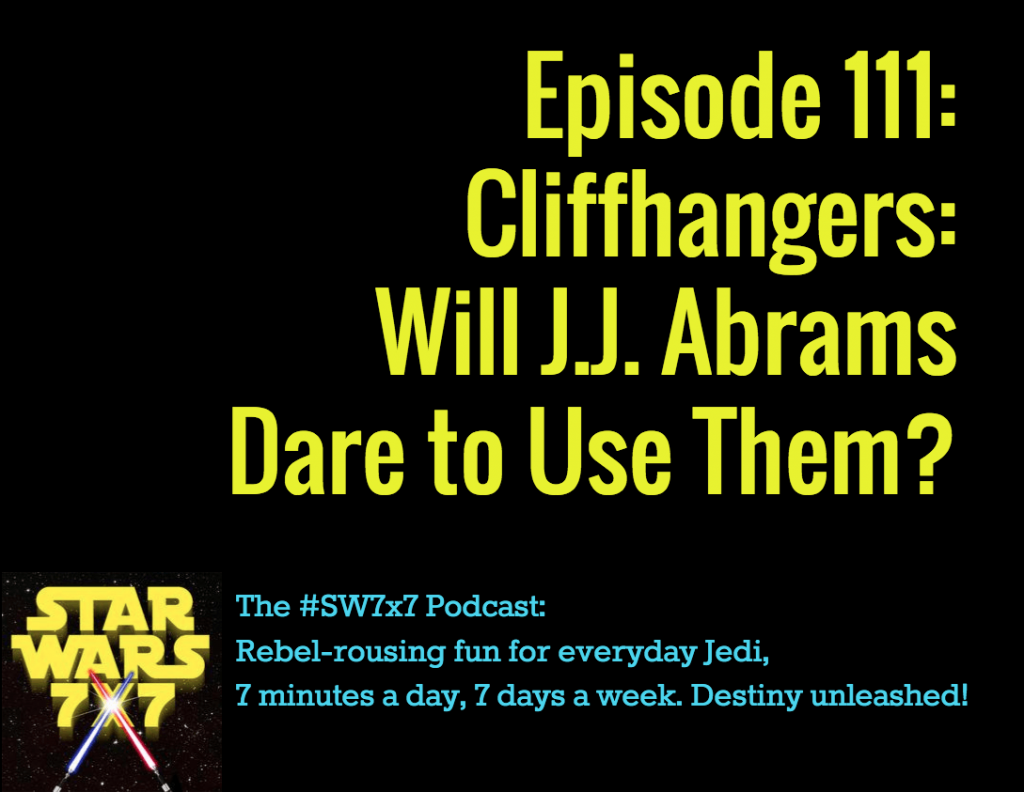 Mystery Week continues! So yesterday, we talked about the element of mystery as one of the chief opportunities J.J. Abrams has to create a compelling Star Wars: Episode VII, and how he tends to think in the direction of creating mystery in the first place.

I’ve referenced this before, a couple of months ago, but if you haven’t caught his TED Talk, The Mystery Box, then set aside another 18 minutes for yourself after you finish listening to this podcast. Delivered in 2007, he even manages to reference Star Wars as part of the talk. If I didn’t know better, I’d say he’s been angling for the Star Wars director’s chair for a very long time.

There’s another type of mystery we haven’t talked about yet, a little more straightforward than the idea of what the Force is and how it penetrates us and binds the galaxy together. I’m talking about a story device, like getting dropped into the middle of the story and having to invest ourselves as an audience in figuring out the film as we go. Except this one happens outside the film, so to speak. It’s the cliffhanger.

Since I’ve enjoyed the heck out of Damon Lindelof’s essay on mystery for Wired, let’s take one last look at it, and there’s a link at the blog post for this show’s episode where you can read the whole thing, along with the entire feature Wired ran on Star Wars. Talking about the one cliffhanger in the six-movie universe, Lindelof says:

Do you remember what that felt like? Three years between Empire and Jedi. Years spent wondering if Vader was telling the truth about being Luke’s father. What Jabba would do with his carbonite slab of Solo. What Yoda meant when he told Obi-Wan, “There is another.” Another? Seriously? Another what?! 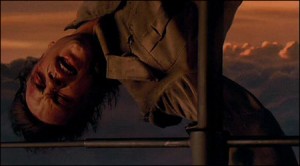 And I’d add to that questions like, “Will Han be able to stay alive in the carbonite until he gets rescued?” And, “They’re starting the rescue operation right now?! What’s the plan?!” And, “Where’s the Rebel fleet hiding? Are these all Hoth survivors? Is that all that’s left of the Rebels? Did they join up with another fleet, and are there even more Rebels out there somewhere?”

Lucas had two chances in the prequels to do what his most successful and critically acclaimed installment did – end with a cliffhanger – and he passed up both opportunities. But what we noted in the Fun Fact could explain why he didn’t do any cliffhangers in the prequels. The nearest we got was the “Oh, snap!” moment at the end of Attack of the Clones, when you realize that Count Dooku is really the Sith lord Darth Tyrannus and he’s been working with Sidious/Palpatine all along. Not a cliffhanger by any means.

Now, J.J. Abrams has the opportunity to do something that almost no one gets to do with their movies anymore. Think about it – when’s the last time you saw a movie with a genuine cliffhanger? It’s so rare as to be remarkable. The last Hobbit movie, The Desolation of Smaug, ended with one, but before that, the last one I can think of was The Matrix Reloaded. And before that … well, Empire.

Speaking of which, we don’t get much in the way of trilogies as moviegoers, just series movies that resolve themselves each and every time. Then the next installment starts with a clean slate, and the filmmakers have to count on character loyalty and get us invested all over again. Which is an uphill battle these days.

But with Empire, Original Trilogy fans spent three years getting themselves invested in the next installment. And here we are again. It’ll be a little more than three years from the day Episode VII was announced until its debut on December 18, 2015. The fan investment is already happening. One of the best things J.J. could do is take advantage of the exceedingly rare movie cliffhanger opportunity to keep the fire stoked all the way through Episode IX.

We talk about what our favorite Star Wars movies are, but did you ever stop to wonder what George Lucas’ favorite Star Wars movie is? Well, here’s your partial answer. In an interview on IGN, he claims that he doesn’t have a favorite, though he’s been on record as saying Empire is the worst of them. Which may play into something we’ll talk about during the Force Feature.

Love working here at DICE when I run into a random morning fight to the death in the kitchen. #StarWars pic.twitter.com/RiFrQernZp

Today’s question: What place was Obi-Wan referring to in noting, “You will never find a more wretched hive of scum and villainy”?

Previous Post: 110: Why Mystery Is a Must for Star Wars Trilogies
Next Post: 112: The Biggest Star Wars Mystery of All