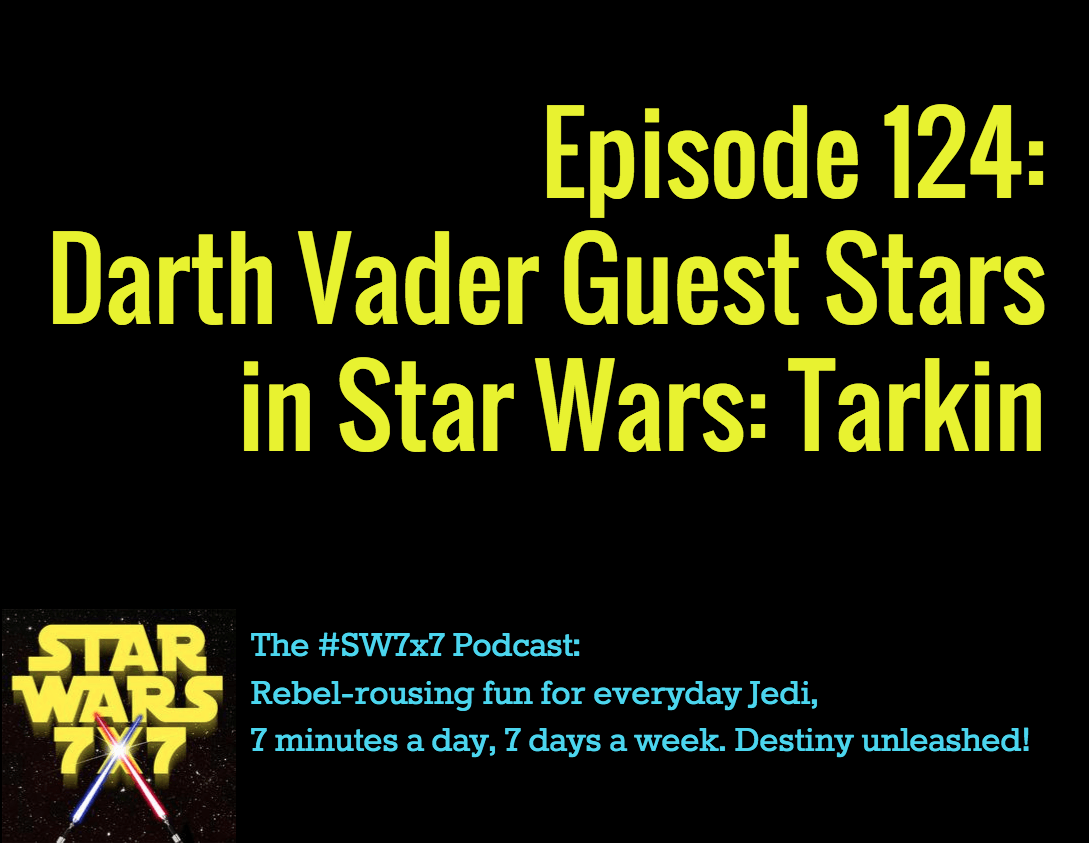 It’s #TarkinTime this week on the podcast! In case you’re just joining us, Monday’s podcast featured our review of the new novel Star Wars: Tarkin by James Luceno, and yesterday’s podcast took a deeper look at the character of Tarkin himself, rebooted, reinvented, and fleshed out in new and exciting ways.

Today, that Intergalactic Man of Mystery, Darth Vader, gets his turn in the spotlight. Remember, the novel takes place five years after the events of Revenge of the Sith, which makes Anakin about 23 years old under that armor. And one of the first things that struck me about Vader is how alone he is. We don’t see him spending much time with the Emperor – he seems to be sent out on missions with a detachment of troopers fairly frequently. Though it’s not likely the Sith are actively looking for people to pal around with!

That said, think about it. Five years goes by in the blink of an eye. Those are your college years, man. And Anakin spent them getting adjusted to a permanent life support system, multiple artificial limbs, and stilts, for Pete’s sake, why’d the Emperor put the poor guy on stilts? I can just imagine the Emperor cackling to himself every time Vader walks into and out of a room, six inches taller thanks to the armor. His private little practical joke. “Oh, sure, it makes you look waaaaayyy more imposing.” Cackle cackle cackle.

Sympathy for the devil, perhaps, and if that’s the case, it was drawn out of me by Luceno, who does a decent job of giving lines to Vader that you can hear James Earl Jones whispering in your ear. Because that’s what you imagine, of course. One of these days I’ll check out the Audible version to see what he sounds like there. And incidentally, if audio books are you thing, you can get Star Wars: Tarkin for free at AudibleTrial.com/sw7x7.

And as far as the rest of the galaxy knows, he just arrived fully formed out of nowhere. His true identity under the armor is unknown, though Tarkin has his suspicions. Which, of course, complicates things, because Tarkin was the lead prosecutor when Anakin’s Padawan Ahsoka Tano was falsely accused of the bombing o the Jedi Temple Hangar, during The Clone Wars.

Ultimately, though, Anakin and Tarkin agreed on one thing: That the Jedi lacked the latitude to go to any lengths necessary in order to defeat the enemies of what was then the Republic.

Maybe that ultimately swayed Vader’s opinion of Tarkin once Vader slipped to the dark side of the Force. In the novel, if Vader holds any kind of lingering grudge against Tarkin, he doesn’t show it. They’re not exactly “forced” together, pun intended, to investigate a link in the chain of the novel’s events, but it’s acknowledged that they make a bit of an odd couple. I strongly believe the Emperor’s intention here was to try and help Vader make a new friend – and probably thinking it’d be better for him to have a non-Sith apprentice as a friend, who couldn’t be used to overthrow the Emperor. Directly, at least.

Meanwhile, there are a couple of signature pleasures in having Darth Vader in a novel. One of them are the nods to classic dialogue from the Original Trilogy. I was listening to another podcast recently, non-Star-Wars-related, where they were talking about Star Wars Episode VII nonetheless, and the comment was made that if someone says, “I’ve got a bad feeling about this” in the new movie, they’re gonna walk out of the theater, because it’s too pandering.

Sure, I think there’s a line that could be crossed if any of the new canon material becomes too self-referential, and I think the new novel gives you just enough of a tweak. I won’t spoil them for you, I’ll just tell you to be on the lookout, there’s more than one.

The other thing: I was reminded of the fact that Anakin was a hotshot pilot, and we only ever saw Vader fly in a narrow trench in A New Hope – not the best skills demonstration. In the novel, we get a taste of his skills, and it’s every bit as exciting as it was when he wasn’t stuck wearing stilts and leather.

So, how about you? Are you excited to read about Vader in the new novel? Chime in at Facebook.com/sw7x7! 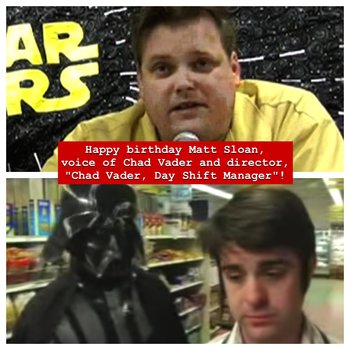 Happy belated birthday (yesterday) to Matt Sloan, the director of the wildly popular “Chad Vader: Day Shift Manager” web series. Also the guy providing the voice of Vader, Sloan parlayed the gig into actual Vader voiceover work, speaking for the Sith Lord in The Force Unleashed and its sequel. Now that’s how you do it, Matt, excellent work!

In a special guest post, the author of #StarWars: Tarkin discusses developing one of the saga’s greatest villains. http://t.co/aCBfT2V76z

Today’s question: What extra condition did Han Solo demand from Obi-Wan in addition to the 10,000-credit passage fee?