Why does The Empire Strikes Back always top the list of best Star Wars movies? Lots of good reasons to choose from…got different ones than the ones in the podcast? Share them in the comments!

Anyone in Brazil at #WorldCup? I need some duct tape and a spatula STAT! #DontAsk!! 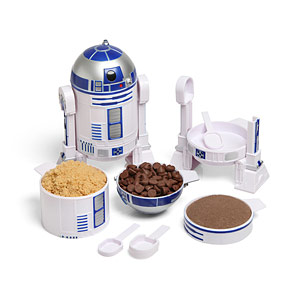 Yesterday’s answer: Imperial Walkers (or AT-ATs will do)

Today’s question: How many times did Luke deactivate his lightsaber in his duel with Vader on the second Death Star?

Force Feature: The Empire Strikes Back

You and I both know that The Empire Strikes Back wins every poll every time about which Star Wars movie is the best. And there’s a darn good reason for that. Many of them, in fact, and I’ll just touch on the big ones.

First of all, the original Star Wars was a movie of mythical archetypes. Well acted and fun archetypes, mind you, but archetypes nonetheless. And only one main character went through any kind of growth. Luke fulfilled a dream that he’d had, but didn’t otherwise change as a person. Only Han went through a transformation, from a mercenary looking out for #1 to someone willing to lay down his life for a new friend, and possibly a new worldview.

In Empire, you have honest to goodness fleshed out characters, trying to figure out their needs and desires against the backdrop of the galactic conflict. Luke, Leia, and Han are ALL different people by the end of the movie, and so is good ol’ Darth Vader, from a certain point of view.

Second of all, the Force. In Star Wars, all you get of the Force is Obi-Wan’s vague definition of the Force, Luke thinking he could see the training droid from behind the blast shield, Obi Wan disappearing into thin air when Vader kills him – spoiler alert? You’re not letting children listen to this, are you? It’s family friendly and all, but if you have kids, and you haven’t shown them Star Wars yet, please, please, PLEASE preserve THAT moment, you know the one. Oh, and Obi Wan talking from the grave, and Luke making a lucky shot on the Death Star. Not much to the Force so far.

Anyway, in Empire, the Force becomes a real, tangible thing. From the moment Luke gets his lightsaber to jump out of a snowbank, you know something is different. John Williams’ brilliant, BRILLIANT score hits that moment perfectly. This is a whole new wildcard ability, and everything you think you know about what’s possible in the Star Wars universe suddenly unravels.

Third, in Star Wars, there’s balance with the offense and defense. Blockade Runner captured? On defense. Bringing the plans to Alderran? Offense. Tractor beam capture? Defense. Breaking the princess out of prison? Offense. There’s a constant back and forth. Empire, meanwhile, puts our heroes on the run and keeps them there. Just when they’ve got their new base built, the Empire finds them and attacks. Our heroes flee, and they’re constantly on the run. And when they finally think they’re safe, they’ve really fallen into greater danger. And then even the rescue is a failure! Empire totally messes with your idea of what should happen in a heroic space saga.

And then, of course, there’s the twist. Whatever you want to believe Lucas knew Vader’s secret before even Star Wars was released, or that it was a late addition, I know Lucas has changed his story over the years, and it doesn’t matter. It was an insanely beautiful inspiration, however it happened. Bigger than the twist in The Usual Suspects, bigger than Chinatown, it’s hands down the biggest twist in cinema history, because it entirely re-framed not one, but two whole movies, and turned a galactic struggle into a super-personal movie. Good gravy, it’s still exhilarating after 30+ years to think about it.

I’m not the kind of guy who likes downer endings to movies, so that’s not why I like Empire’s ending. It’s the messing with convention thing again. What other movie out there has the courage not to resolve itself? Inception, recently, but they’re few and far between.

Previous Post: 1: The Movie Formerly Known As “Star Wars”
Next Post: 3: Return of the Jedi, Tying Up Loose Ends