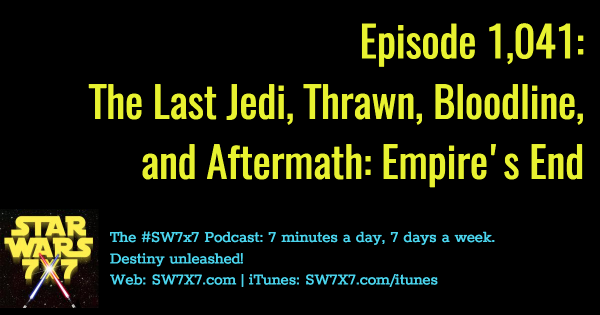 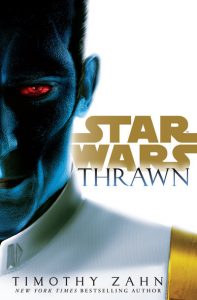 On a spoiler version of the podcast today, I’m looking at the links between three novels – Thrawn, Aftermath: Empire’s End, and Bloodline – and the Sequel Trilogy.

Specifically, I’m tying together the talk about the Unknown Regions, which leads to some tantalizing questions for The Last Jedi, including: Is Ahch-to in the Unknown Regions? Is Thrawn among the contingent that went to the Unknown Regions after the Empire fell, and did he help to create the First Order? Is Snoke one of the threats to which Thrawn had referred, when Thrawn began working for the Empire?

This, and lots more covered in today’s podcast. I’d love to hear your thoughts about it in the comments, too!

Today’s question: In what non-studio indoor location was a Scarif scene filmed that made it into the movie (along with others that didn’t)?