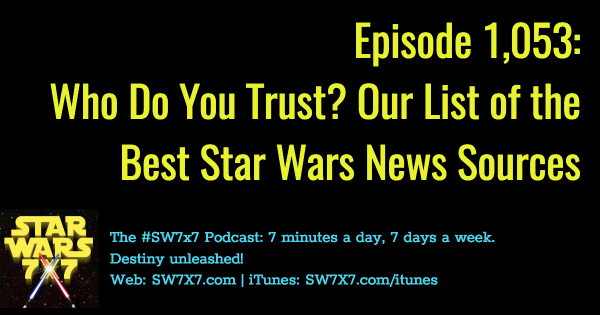 Since Star Wars 7×7 began in 2014, I canvassed every news source I could find about Star Wars – especially when it was still a year and a half out from the release of The Force Awakens.

Over time, a number of outlets have risen to the top, and become the cream of the crop. As a result, I’ve been able to do away with Google alerts and notifications from dozens of other websites, and narrowed my list down to a much smaller group. Alphabetically:

Today’s question: What two percentage chances of failure does K-2SO give during their approach to Eadu?