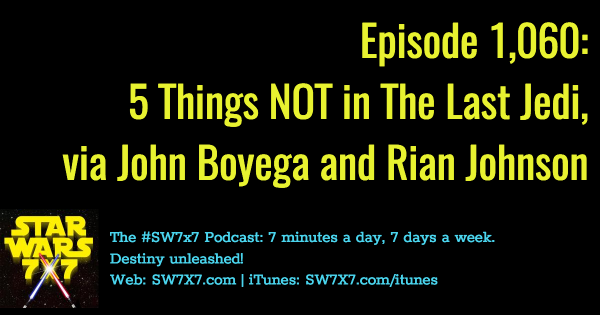 That being said, there’s some wiggle room in what Rian Johnson and John Boyega are saying. For example, when Rian Johnson says there’s not a big, central-to-the plot romance, here’s the direct quote from Johnson about it:

[There is] no one-to-one equivalent of the Han-to-Leia, burning, unrequited love. In our story, that’s not a centerpiece.

To me, that doesn’t mean that we won’t have any romance in the movie at all … just that it won’t form a major part of the plot of the story. What about you? Do you think this leaves room for there being a romantic subplot in the movie? Share your thoughts in the comments!

Today’s question: Who actually caught Jyn for the Rebels?