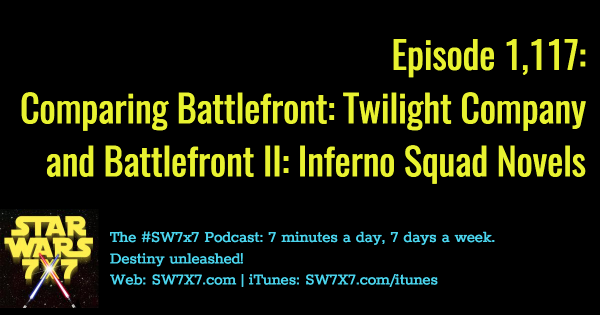 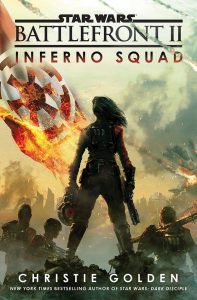 Don’t get me wrong – I’m not kidding when I say I genuinely enjoyed the original Battlefront novel and definitely recommend it. But that certainly doesn’t mean there wasn’t room for improvement. And that largely rests in two places, I think – both of which can only be seen in comparison.

1. Because the Twilight Company characters don’t appear in related the video game, the investment level is comparatively less than it is with the Inferno Squad characters.

2. Whereas the original Battlefront novel did have an interesting cast of new characters, the novel’s progression in retrospect seems like it had to hit a couple of milestones overtly tied to the Original Trilogy, like giving us a new view on the Battle of Hoth. Which I absolutely LOVED, by the way, because that’s my favorite sequence in any of the movies. But Inferno Squad is more intent on using the events of the movies as a jumping-off point, rather than a waystation. And that, in the long run and all other things being equal, is the more compelling story option of the two.

I’ll be talking more about this in the podcast today, and about the novel itself this week!

Today’s question: Was Cassian Andor among the rebels who rescued Jyn on Wobani?