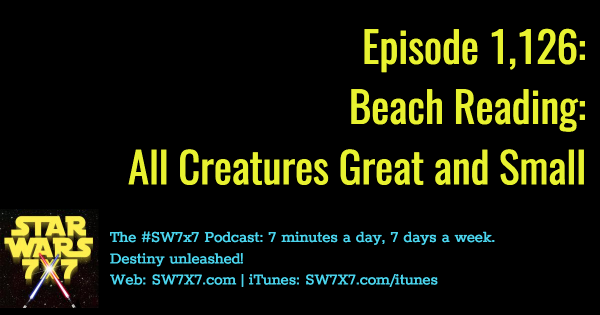 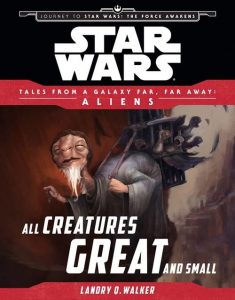 I’ve read four of the six stories from “Tales From a Galaxy Far, Far Away: Aliens, Volume 1” during Beach Week so far, and “All Creatures Great and Small” is my favorite so far.

It involves Bobbajo – the alien we first saw in The Force Awakens Omaze video, wandering around behind J.J. Abrams. In the actual movie, he appears standing in line behind Rey at Unkar Plutt’s trading post. Bobbajo is quite the storyteller, and to keep children calm while a little settlement is dealing with an invasion of slavers, Bobbajo tells the kids a whopper of a tale. It’s about his time in prison on the first Death Star, and how he and his creature friends had a hand in destroying it. Hang onto your hats for this one…

Yesterday’s answer: She stole it from Cassian’s gear

Today’s question: How did Cassian find out she’d gotten the blaster?