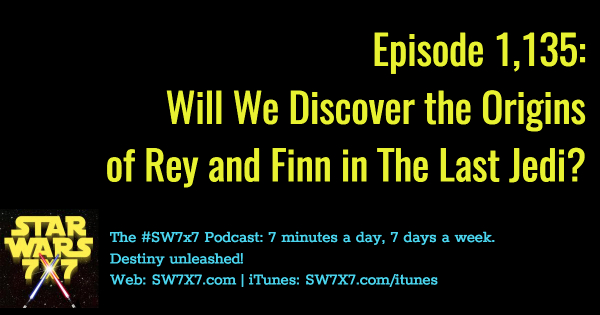 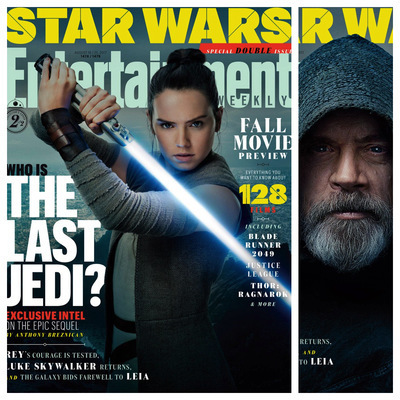 The Fall 2017 Movie Preview cover story on The Last Jedi doesn’t include any plot spoilers – just confirmations of things we’re hoping to see.

Such is the case with the latest piece, part 7 in Anthony Breznican’s coverage for Entertainment Weekly, which talks about the question over which fans have been obsessing: Who are Rey’s parents? We don’t get the answer – we just get the answer that we’re going to get the answer. 🙂

And, even cooler – I say that because it hasn’t been discussed nearly as much (and maybe because it doesn’t have the same implications as Rey’s story) but it’s still an utter unknown about which there was no indication ever that we’d get an answer – we’re going to find out about Finn’s origins as well.

Wow, that last sentence was a mouthful!

I’m talking about that in the podcast, and about the view that their origins only matter from a certain point of view, if you will…

Yesterday’s answer: He wanted her to pay to find out the answer

Today’s question: Who was watching Chirrut Imwe from the shadows while he talked to Jyn?