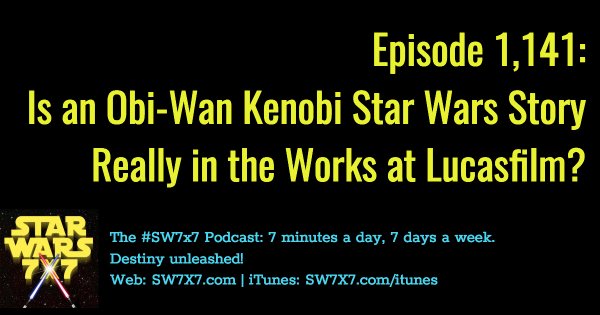 At exactly 12:00pm PT yesterday (according to the timestamp on the article on the website), The Hollywood Reporter claimed that secret sources were telling them that Billy Elliot director Stephen Daldry was in early talks with Lucasfilm to direct an Obi-Wan Kenobi standalone Star Wars Story.

Exactly 19 minutes later, Variety posted a story of their own, citing their own unnamed sources.

At exactly 4:01pm (hard to tell the timezone with Twitter after the fact), Anthony Breznican from Entertainment Weekly tweeted thusly:

An Obi-Wan Kenobi movie may be directed by Stephen Daldry, but my sources caution these are very early talks.

Well, that’s about as strong of a statement as we could ever get without getting it from Lucasfilm itself. It’s the subject of today’s podcast – the details of the stories, and if it’s legit, the likelihood of receiving confirmation from LFL and when…