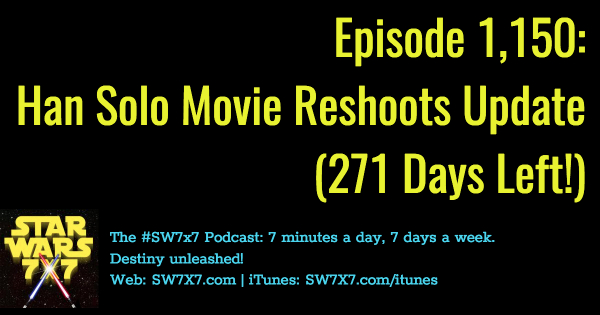 Reshoots on a movie generally happen a while after principal photography ends for the production of a movie. For the Han Solo movie, things are a bit different – not only do they also have to account for getting shots that bring the vision of the movie back in line with what Kathleen Kennedy and Larry Kasdan want, it may eventually have an impact on any decisions about how the directing credit is assigned for the movie.

So reshoots aren’t just going to happen later – they’re going to happen now. And with scheduling issues, the reshoots have claimed their first victim: Michael K. Williams, who was slated to play a “half-human, half-animal” character but couldn’t make it back to London for reshoots because he was already filming another project.

He gave a couple of interviews about this situation this week, which also had some interesting nuggets about the Han Solo movie…

Vanity Fair – Michael K. Williams on reshoots, his character, and Emilia Clarke’s character name (or the code name for her character)

Deadline: Hollywood – more about his character, the reshoot situation, and a possible future in Star Wars

Variety – the DGA rules about directorial credit, and how it applies to the Han Solo movie