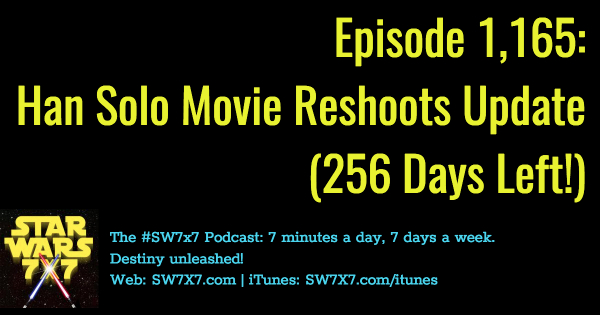 For all the folks talking about how, if you’re a director in Hollywood, you should think twice about working with Lucasfilm because you might compromise your artistic vision, tell that to Rian Johnson. There’s a guy with an artistic vision who hasn’t had any problem with Lucasfilm.

Tell that to Ron Howard, too. Lest we forget, this is an Academy-Award-winning director (A Beautiful Mind), director of Frost/Nixon, Apollo 13, and dozens of other films. His Imagine Entertainment is a Hollywood powerhouse. If anybody had not only artistic vision but also the juice to make problems for people, it would be him.

And yet, and yet…

Things are going swimmingly for him on the reshoots. People on social media are reacting to his posts by saying they didn’t care about the movie at first, but Howard’s posts are changing their minds.