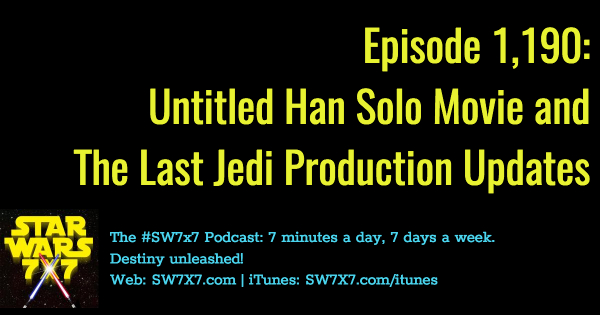 Rian Johnson reveals the name of the actress who plays “Tallie” in The Last Jedi (that’s the new character revealed via an action figure released during Force Friday II), and there’s more to that story, too! Spoilers have gotten out a month and a half early, which I’ll address in the back half of today’s podcast. Don’t worry, you’ll have ample warning when it comes to that part of conversation, so you can bail out if you don’t want to hear it.

I’ll also talk about Ron Howard shooting scenes in the Millennium Falcon, as well as actresses finishing their work on the Han Solo movie, in this episode all about the two movies currently in production/post-production.