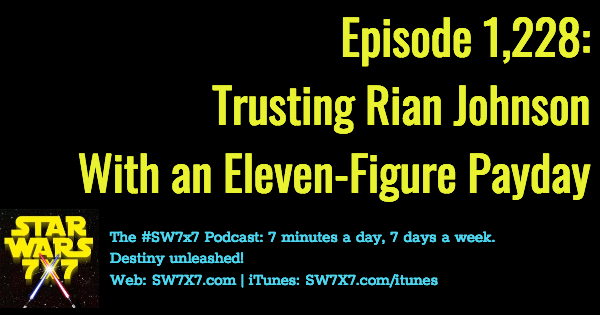 This guy is being entrusted with $12 billion dollars of revenue for Lucasfilm and Disney.

You read that right. $12 billion. At least. That doesn’t even include The Last Jedi, which is still more than a month away from theaters.

When you think about that last fact – that The Last Jedi isn’t even in theaters, and they still gave Rian a $12 billion job – well, that has to tell you something about what Lucasfilm and Disney think of The Last Jedi, doesn’t it?

Based on the strength of a movie only company insiders have seen.

Made by a guy with only three previous theatrical releases to his credit.

I don’t know how anyone could temper their expectations now. 🙂