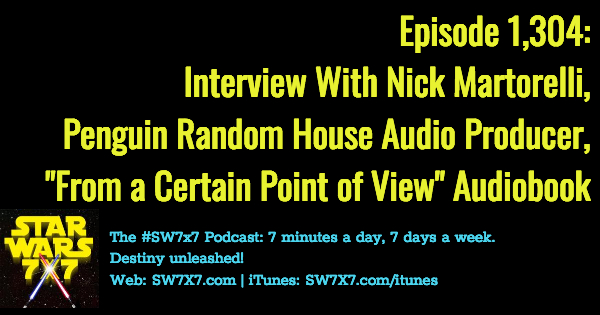 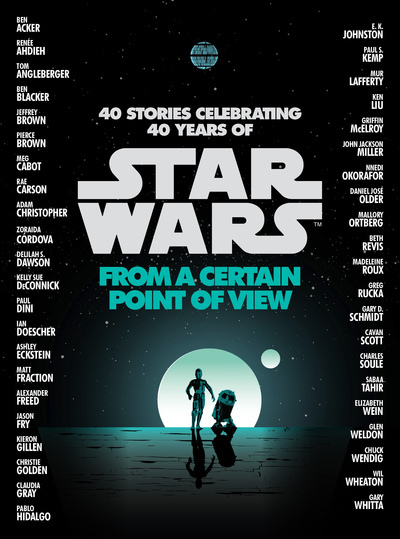 Remember when everyone was all a-twitter over the fact that Jon Hamm had been cast as the voice of Boba Fett in the audio production of From a Certain Point of View? Well, I had the chance to get the inside story on that casting, and a lot more.

In today’s podcast, I’m talking with Nick Martorelli from Penguin Random House Audio. Here’s his little bio for you:

Nick Martorelli is an audio producer with Penguin Random House Audio, where he is responsible for casting and overseeing production of the Star Wars programs. Some of his recent projects include Battlefront II: Inferno Squad, Leia: Princess of Alderaan, and he co-produced the short story collection From a Certain Point of View. Before he worked in publishing, Nick was a professional actor in his hometown of Philadelphia. He’s also a Sherlockian, a Trekkie, and whatever fans of Superman call themselves.