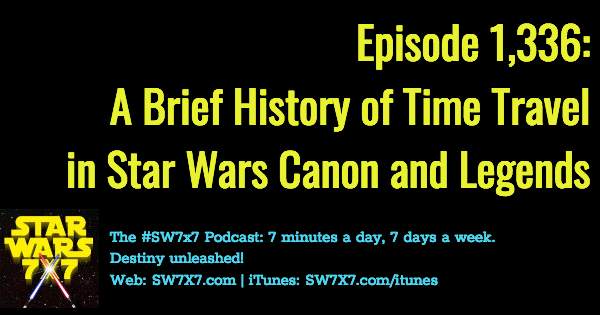 It’s a sci-fi concept as old as the genre itself. Surprisingly, its use in the old Expanded Universe was rather rare. Which makes sense in a way, because Star Wars is more fantasy than science fiction, per se. But that’s a discussion for another time. Pun intended.

On today’s episode, I’m taking a look back at the use of time travel in Star Wars, including characters you know and love who’ve had time-traveling adventures.

Also, there’s been an interesting development that comes from the folks over at YakFace regarding trademark filings for the phrase “Star Wars Resistance.” What could this mean? Perhaps an indicator of what the next animation creation will be?