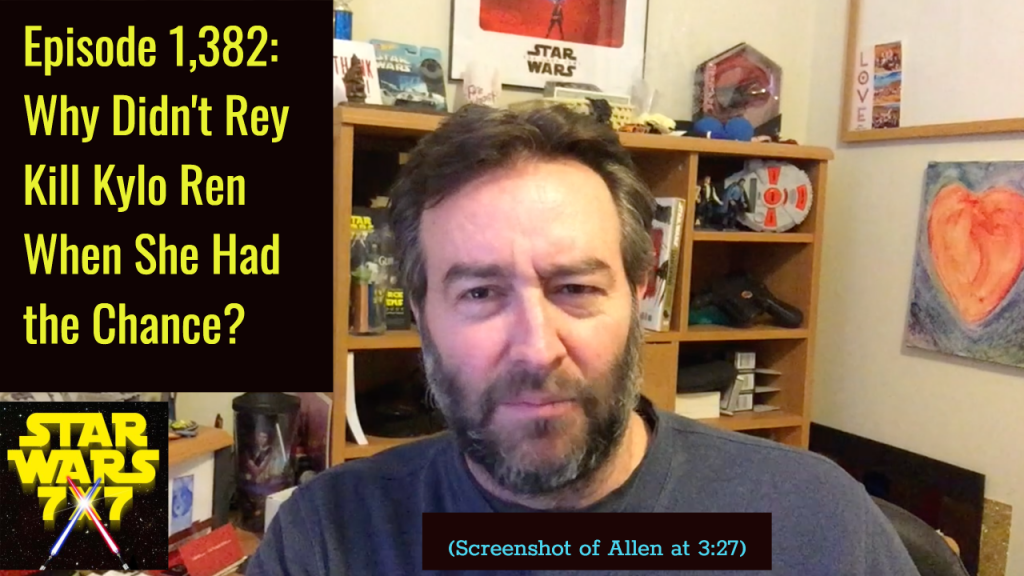 Let me set the scene for you. Kylo Ren wakes up in the wreckage of Snoke’s throne room. Hux is standing over him, scratching some weird itch on his side. (LOL!) Rey is gone, which means she had a golden opportunity to kill the unconscious Ren. But she didn’t. Why? We all thought it was because heroes don’t do that. The Last Jedi novelization reveals that Kylo thinks it’s almost like she cares about him. But her real reason is a rather unexpected one… Punch it!