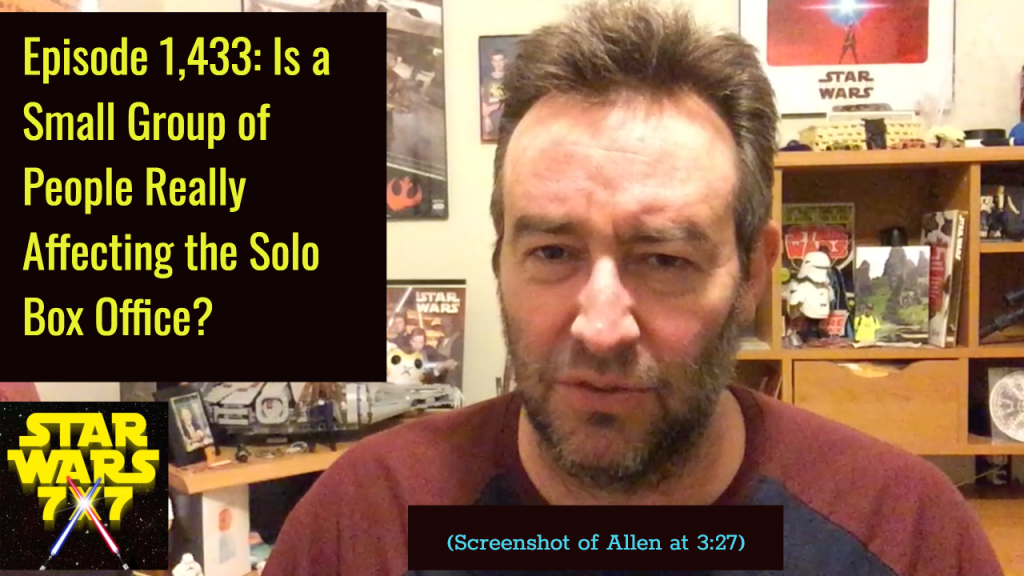 I’ve had a few people suggest that I’m ignoring this situation or not understanding its magnitude. So I’m going to address it head-on in today’s podcast. We’re going to talk about review-bombing and why the user scores on sites like Rotten Tomatoes can’t be trusted, even if you assumed that every review on there was true and unique. And we’re going to do the math to show why, even if you assumed the negative response was 10 times as large as Rotten Tomatoes says it is, it’s only a drop in the bucket compared to Solo‘s overall box office performance.