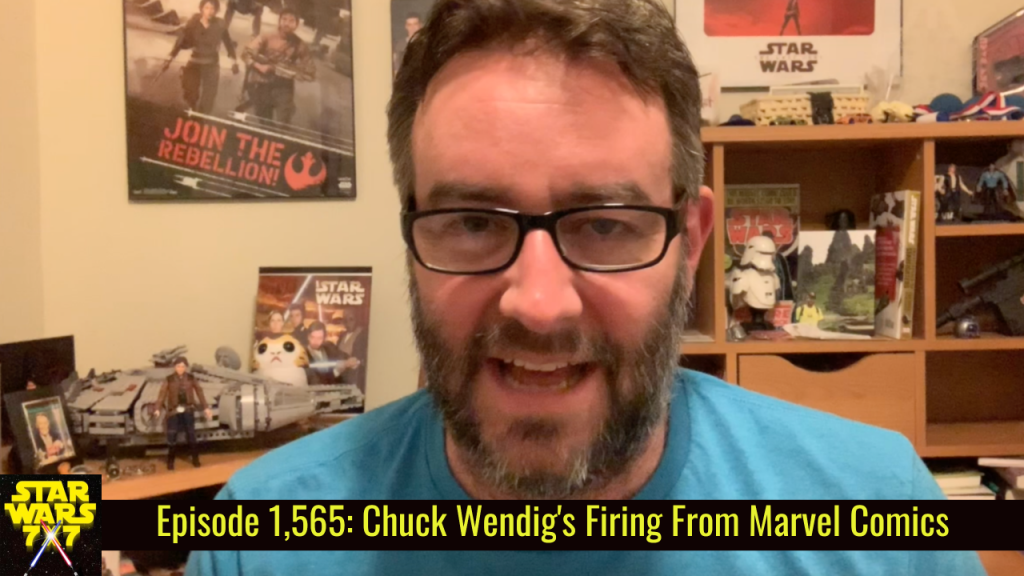 Last week, Chuck Wendig announced that he’d been fired from writing Star Wars comics for Marvel because of the way he conducts his Twitter activity. It’s a sad state of affairs, and though there are some things on which Chuck and I don’t see eye to eye, the galaxy far, far away is going to be less remarkable without him… Punch it!