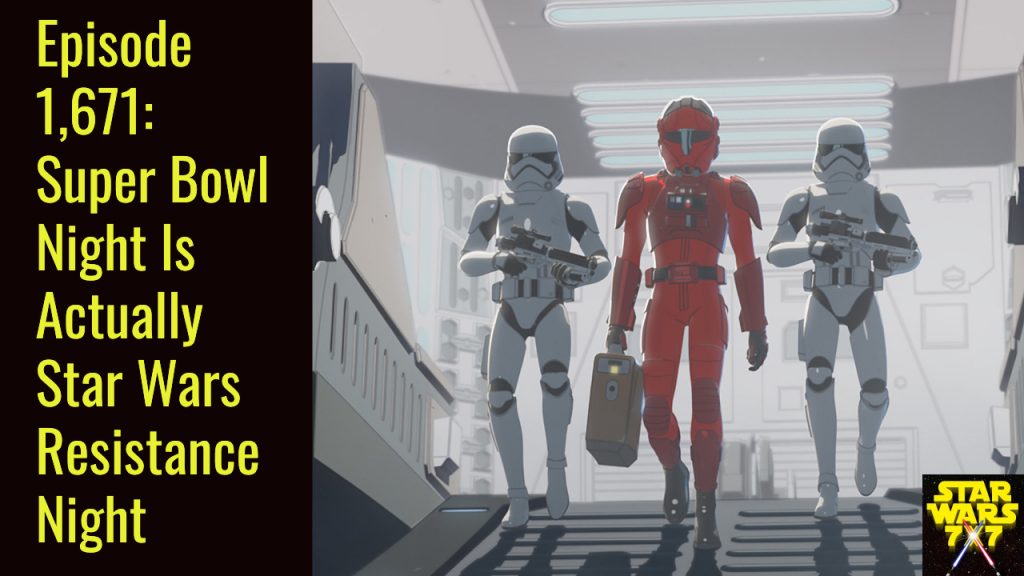 Due to a quirk on the Disney/ABC Press Website, it’s not immediately clear that Star Wars Resistance will debut a new episode on Super Bowl Sunday. But they will, entitled “The First Order Occupation.” (Another tiding that doesn’t bode well for an Episode IX tease on Sunday.) And that, along with the other three newly announced episodes, tell us a lot about the run they’re making to the season finale. Punch it!