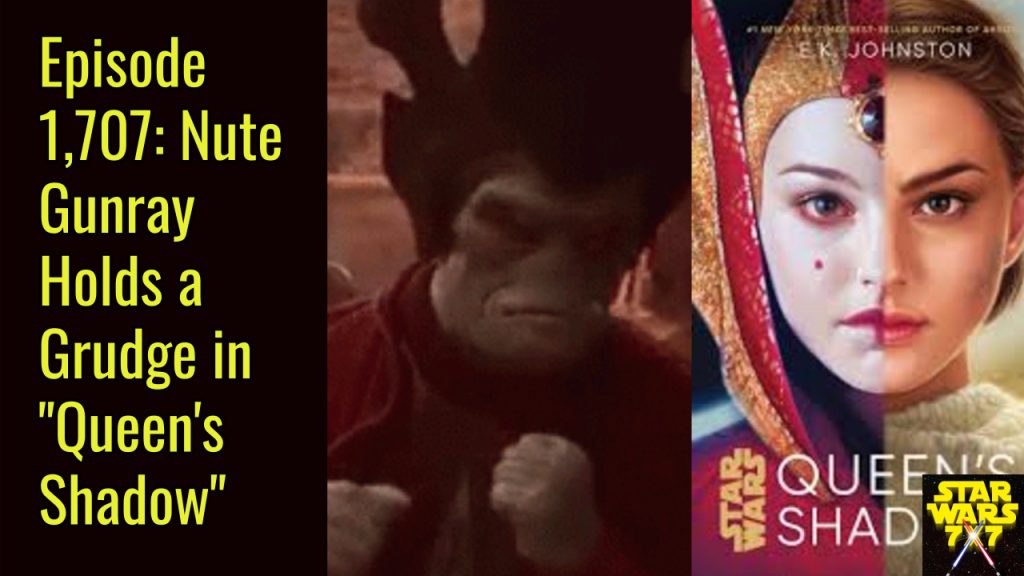 Mild spoilers continue in my discussion of E.K. Johnston’s Star Wars: Queen’s Shadow. We know from Attack of the Clones and the Clone Wars cartoon series that Nute Gunray holds a grudge against Padme Amidala. Johnston’s novel fills in more of that backstory, and how it affects Padme’s first year in the Senate. Plus, the fate of Captain Panaka, and a Battlefront II tie-in… Punch it!