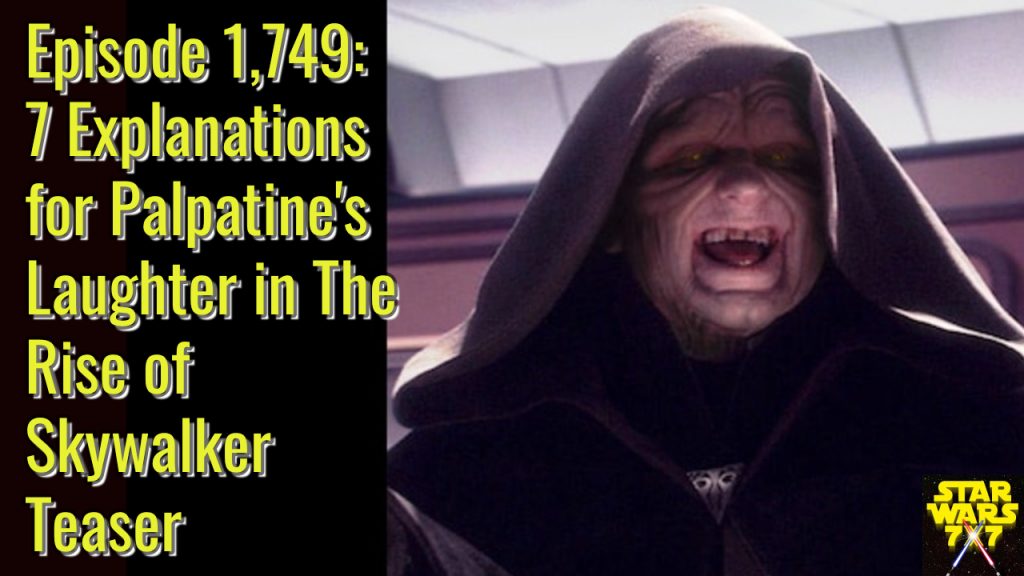 Palpatine died on the second Death Star. And if you had any doubts about that, Ian McDiarmid put them to rest. He told The Phantom Menace 20th Anniversary panel audience that he’d had multiple conversations with George Lucas about it over the years, and Lucas always insisted that Palpatine was dead as a doornail. So how are we to explain the laughter of that madman as heard in the teaser for The Rise of Skywalker?

Well, between the movies, books, TV shows, and comics, there are at least seven different explanations for how this is possible, and I’m going to run them all down for you today. Punch it!