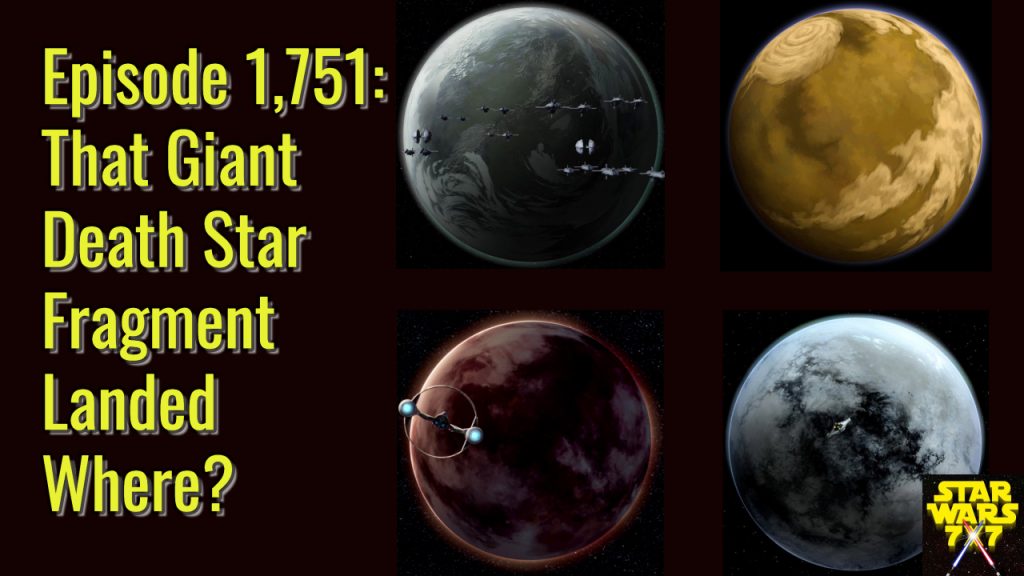 Star Wars planets are often treated as having only one climate, and we know where the only two Death Stars blew up. So we can speculate about which Death Star we’re seeing a fragment of in The Rise of Skywalker trailer, and what planet it might be on. I’ve got two strong prequel-era candidates, which are also remarkably near to two other significant planets… Punch it!