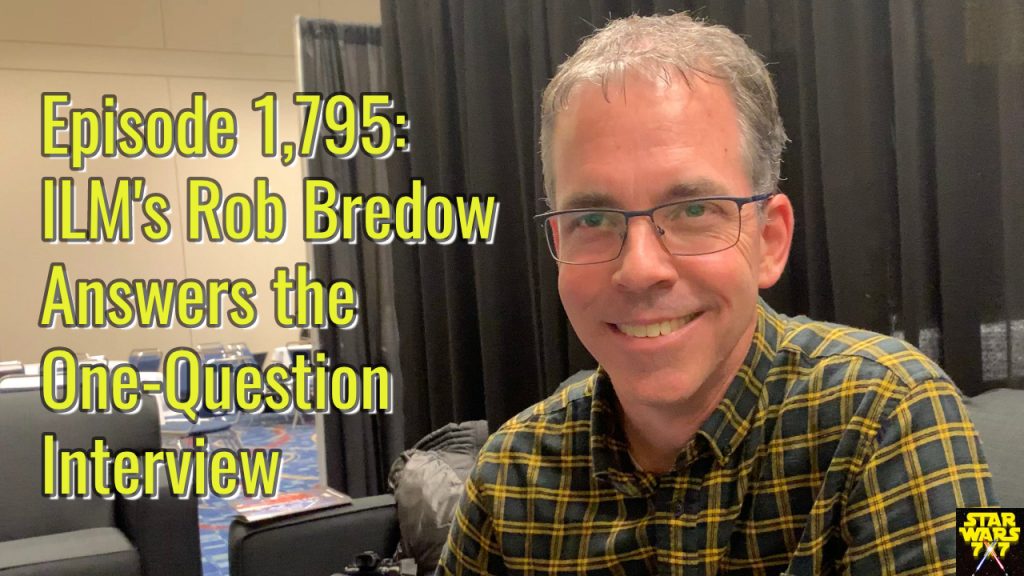 Rob Bredow’s official titles are SVP, Executive Creative Director and Head of ILM. In addition to that, he was also the Visual Effects Supervisor and Co-Producer of Solo: A Star Wars Story. And on top of that, he’s also the author of the recently released ILM Presents: Making Solo: A Star Wars Story. And he was kind enough to take a couple minutes out of his time at Star Wars Celebration Chicago to answer the one-question interview… Punch it!