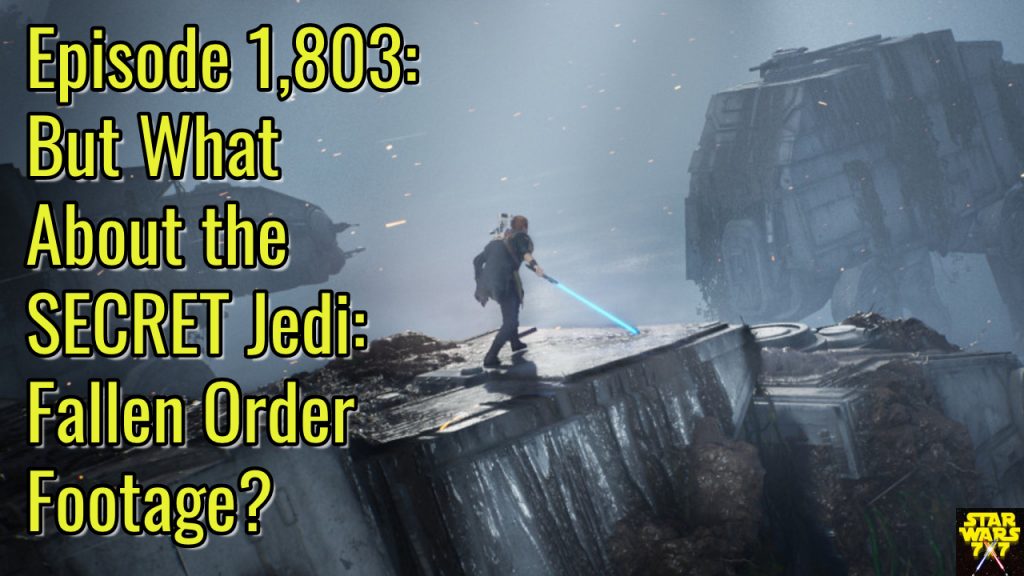 EA and Respawn Entertainment released gameplay footage of Jedi: Fallen Order over the weekend. But they showed even MORE footage to the assembled press behind closed doors – and many of them summarized what they saw online. I’ve read a bunch of those reports, and I’m summarizing them on today’s episode – including a couple of new Force powers, and a funny story about something that’s easy to do in movies but apparently very hard in video games… Punch it!