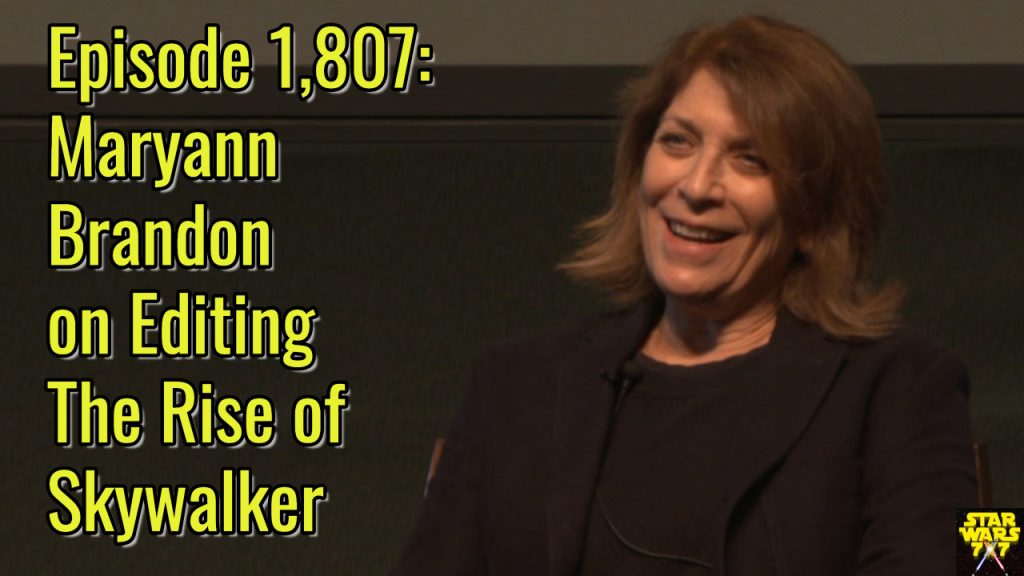 Maryann Brandon is an Emmy- and Oscar-nominated editor who’s worked with J.J. Abrams for more than a decade. While being interviewed for UC Santa Barbara’s “Script to Screen” series on the 10th anniversary of the Star Trek reboot, Brandon also shared a couple of stories from the set of Star Wars: The Rise of Skywalker. A few outlet have reported on this already, but in today’s episode, you’ll get to hear those stories straight from Maryann herself. Punch it!

And if you have even the slightest bit of interest in how movies are made in general or that Star Trek movie in particular, I highly recommend checking out the entire conversation between Brandon and the Script to Screen moderator, Matt Ryan.