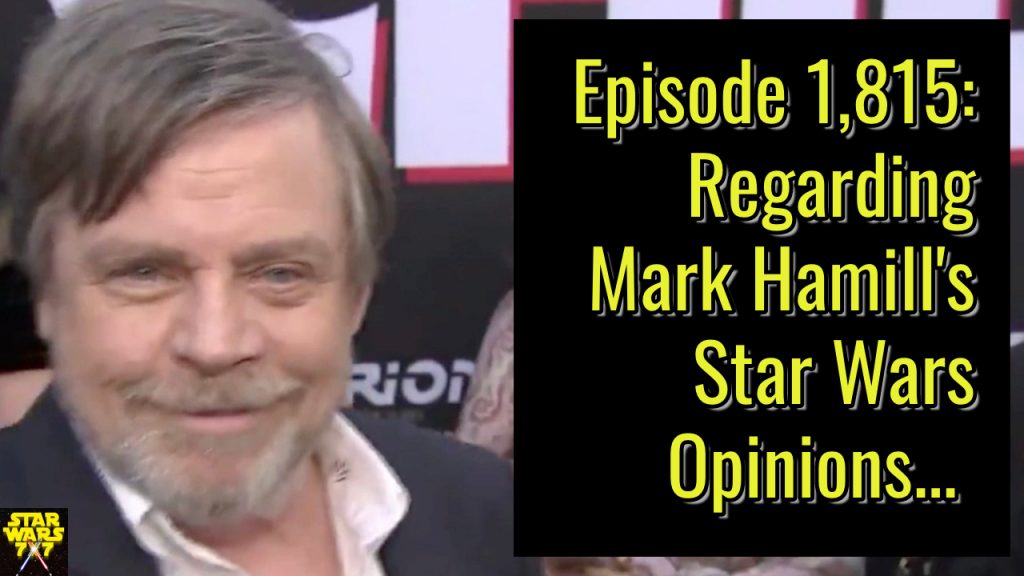 So, Mark Hamill gave another interview quote that’s being used as a springboard to re-litigate The Last Jedi. I haven’t weighed in on any of Hamill’s previous comments (though I’ve been asked to on multiple occasions), but I finally hit the point where I feel like I need to be on the record about the subject. As a side note, he didn’t exactly confirm an element of The Rise of Skywalker in his most recent interview, but certainly gave strong evidence in something we all probably assumed from the moment The Rise of Skywalker trailer debuted. Punch it!