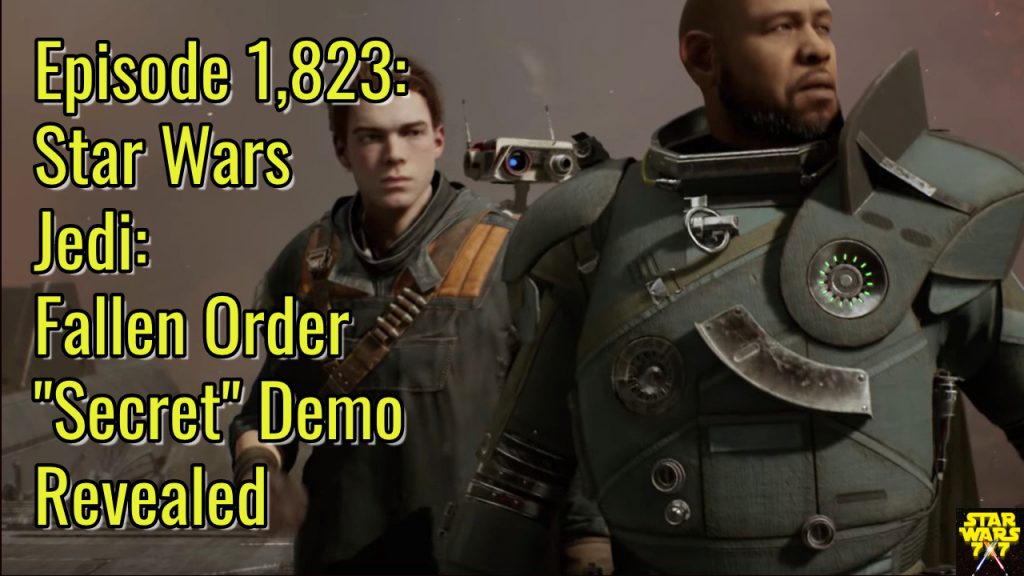 During last month’s E3 video game expo, Respawn Entertainment, in connection with EA and Lucasfilm, revealed a chunk of gameplay footage from Star Wars Jedi: Fallen Order to the world. They also privately shared a separate chunk of footage with the assembled media at E3. Well, that “secret” footage has finally been revealed publicly, and that’s the topic for the show today. Punch it!