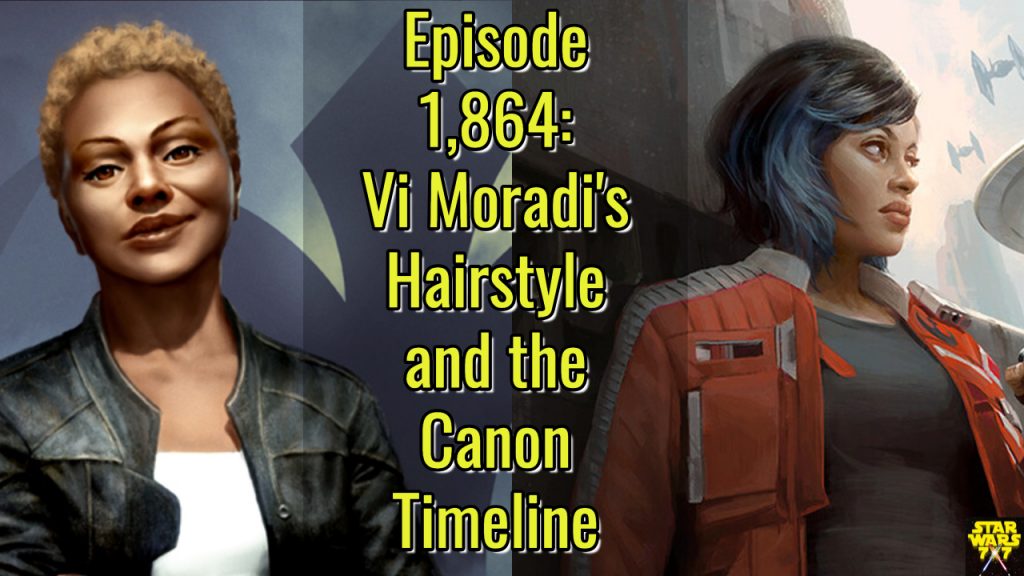 At one point, Resistance spy Vi Moradi is depicted with tight curly hair cut short. At another, she’s depicted with straighter, longer hair that’s tinted blue toward the ends. Does the change in hairstyle tell us anything about how to place Galaxy’s Edge, A Crash of Fate, and the upcoming Black Spire in the chronological timeline? Or is that actually someone other than Vi Moradi in one of those stories? Punch it!