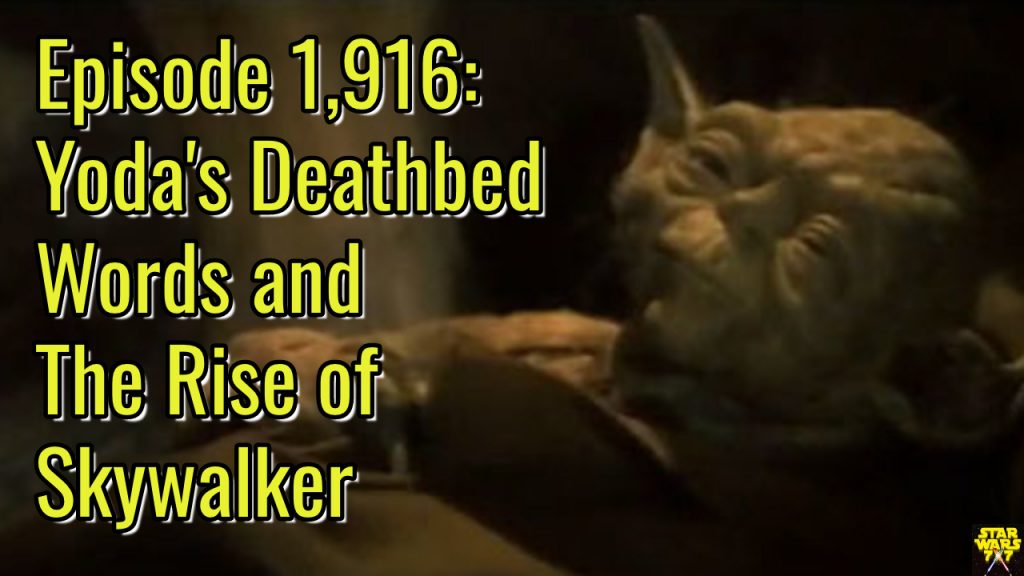 Coming back to our conversations about Return of the Jedi, we’re taking a look at the final words Yoda spoke from his deathbed. He made three significant statements, and two of them have already been referenced in the Sequel Trilogy. There’s more that can be read into one of those previous two, and the third one? Well, The Rise of Skywalker teaser in April already tapped into that one. Punch it!

(And here’s the link to the episode where I talk about the “other” seven ways Palpatine could be represented in The Rise of Skywalker, in addition to the eighth one I mention in today’s show…)