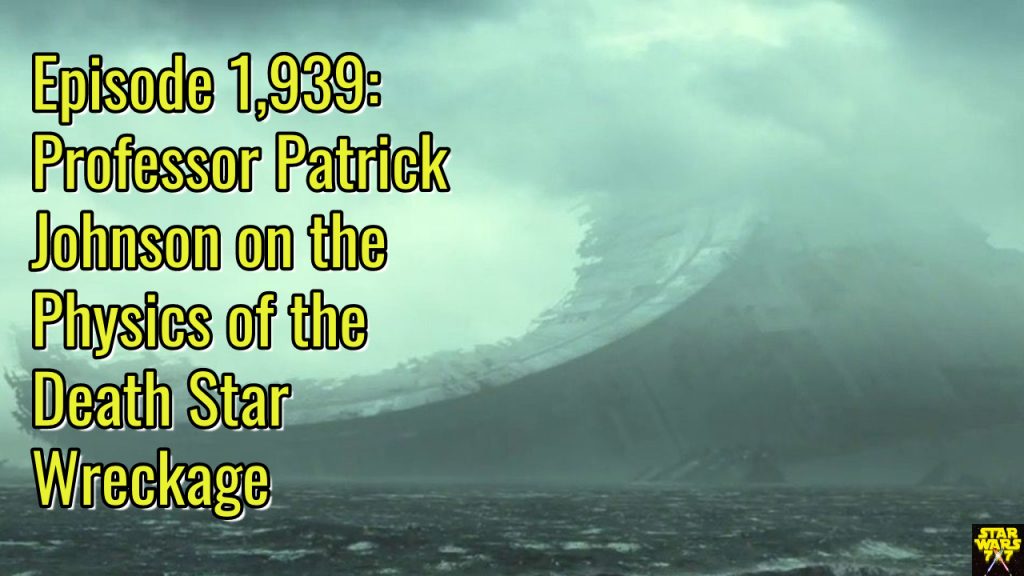 It’s a question we’ve been wondering about since April, when the first Rise of Skywalker teaser debuted – how could that Death Star wreckage have landed on that moon without utterly destroying it! Well, if you want answers to questions like that right now, the only way you’re getting them is by talking to a physics professor. Which is what I did!

Patrick Johnson is the author of The Physics of Star Wars. He’s also an assistant teaching professor at Georgetown University, and previously taught at Marquette University and William Jewell College after receiving his PhD in physics from Washington University in St. Louis. He’s been on the show before, and after the final trailer debuted, I reached out to him to see if he’d want to talk about this and a couple of other topics where his unique perspective might come into play.

So today, we’re talking about the ocean moon of Kef Bir and how it could have survived the arrival of that Death Star wreckage. We’ll also get into the asteroid that killed the dinosaurs, uniformity in Imperial design, and much more. Punch it!