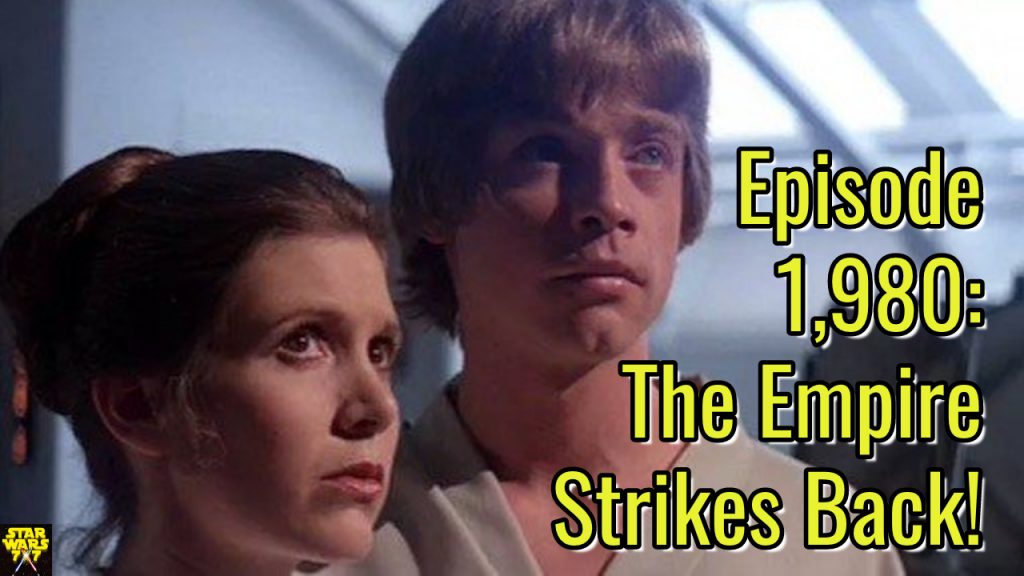 We’ve hit the episode number that matches the year of The Empire Strikes Back‘s release! On today’s show, I’ll be talking about how this mostly isn’t a movie about family, until it’s suddenly ALL about family. Along the way, we’ll also talk about how the franchise earned the right to be called a “space opera,” how this was basically a revenge flick until the big reveal, and how it’s that *one moment* which causes the conversation about the proper order in which to watch the movies. Punch it!