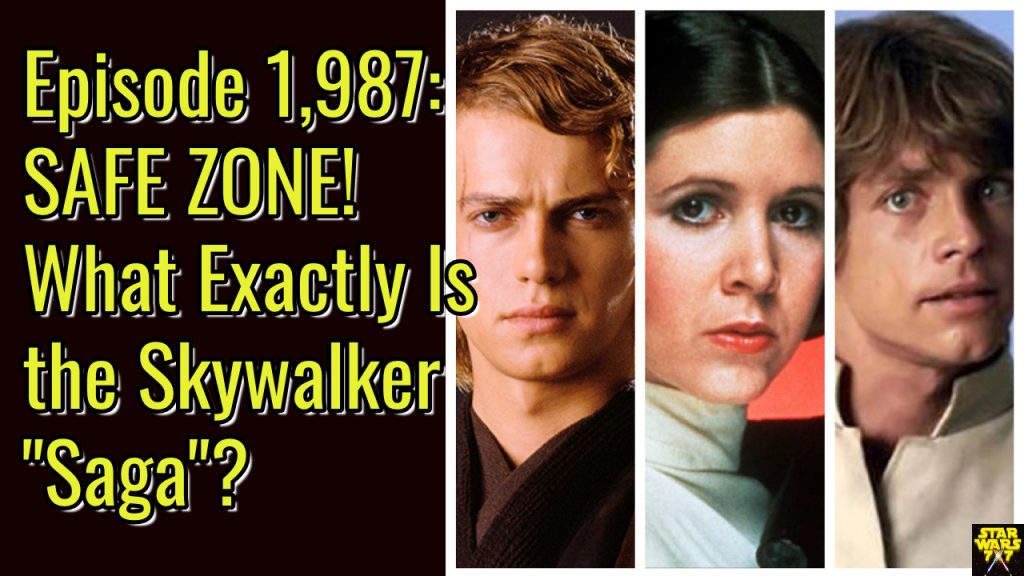 We’ve been told over and over again that The Rise of Skywalker is the end of not just the sequel movies, but the end of a trilogy of trilogies – the end of the “Skywalker Saga.” But what does that actually mean?

…’the saga’ really references the Skywalker family. And that’s what we’re bringing to a conclusion. There is an inevitability with that because of the actors and the characters they’re playing. So that’s really what we’re looking at more than anything. At least in my lifetime, there’s never going to be an end to Star Wars. So this isn’t the end of Star Wars, it’s the end of that family saga.

I would take that a couple of very logical steps further, which I do on today’s episode of the show. Also, it turns out that when you look up the definition of “rise,” there are a lot of meanings you might not have expected. One of them made the full title of the movie click into place for me in a way that it hadn’t before, so we’ll talk about that, too. Punch it!