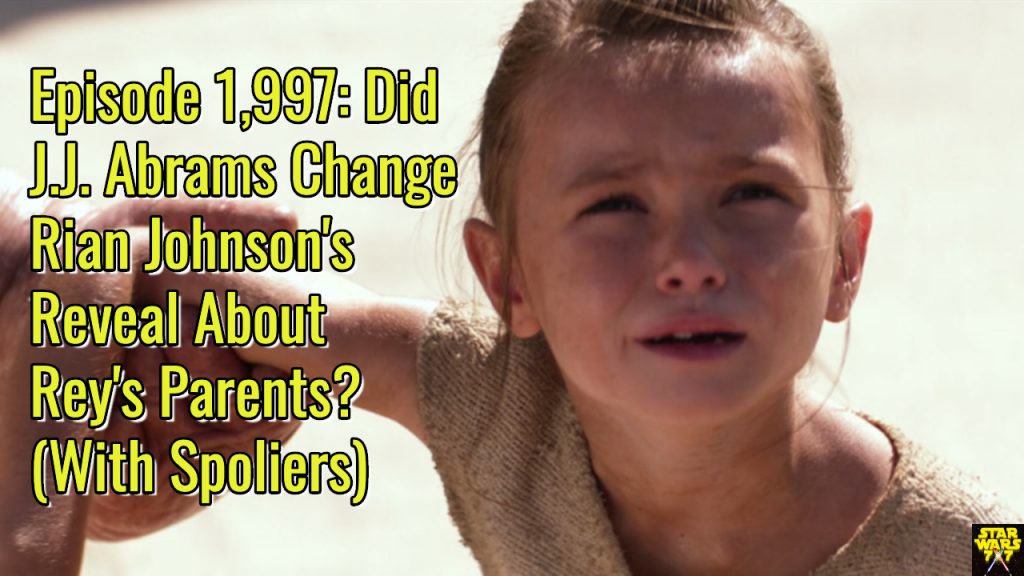 We talked about some story choices Rian Johnson made in The Last Jedi that were supported by J.J. Abrams in The Rise of Skywalker. But we didn’t talk about the biggest story choice of all – the one about Rey’s parents. J.J. told us there would be “more to the story,” and there was, but did it support or subvert what came before?

You could certainly make the case that it undoes what Johnson did, but I actually think it upholds what he did. In fact, I think the situation also echoes a similar story beat from another Star Wars movie. This is a full-spoiler episode, and in addition to explaining my point, I’ll also talk about what Abrams did – or rather, didn’t – do with Kelly Marie Tran in The Rise of Skywalker. Punch it!