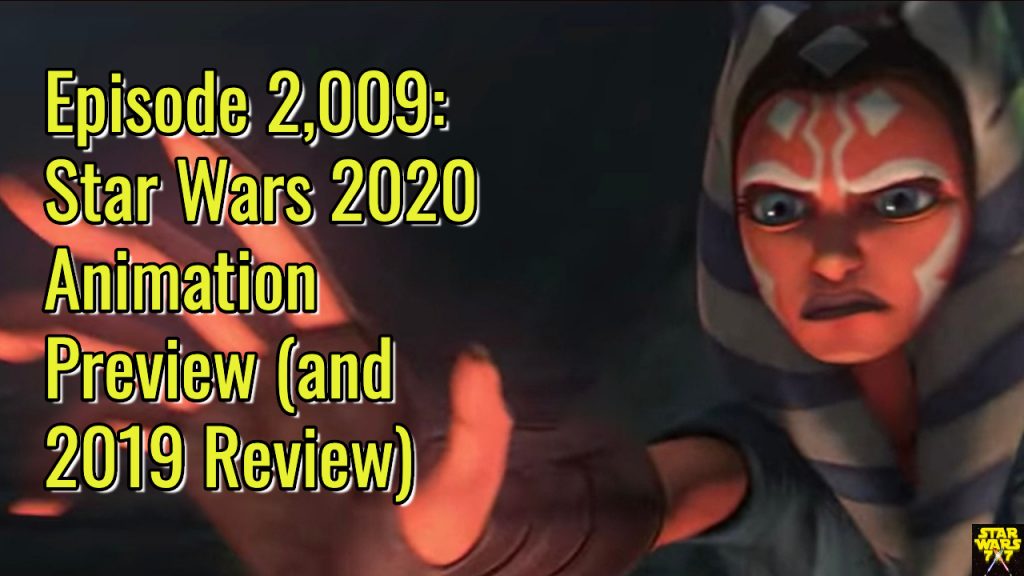 Fans lobbied tirelessly for it, and Lucasfilm answered the call! Clone Wars season 7 is coming to Disney+ in February, with 12 episodes to let creator Dave Filoni finish the series and give it the kind of send-off that he always wanted – the kind he got to do with Star Wars Rebels.

Meanwhile, Star Wars Resistance is going to end its run in 2020, and after that … what’s next? A new season of a Star Wars animated series has begun in the fall of every year since 2008! (With the exception of 2013, but for that year, the “Lost Missions” episodes of Clone Wars, which would have been season 6, debuted a little later, in February 2014.) So, does that mean we have a new series to look forward to in the Fall of 2020? I’ll be talking about all of the above on today’s show. Punch it!