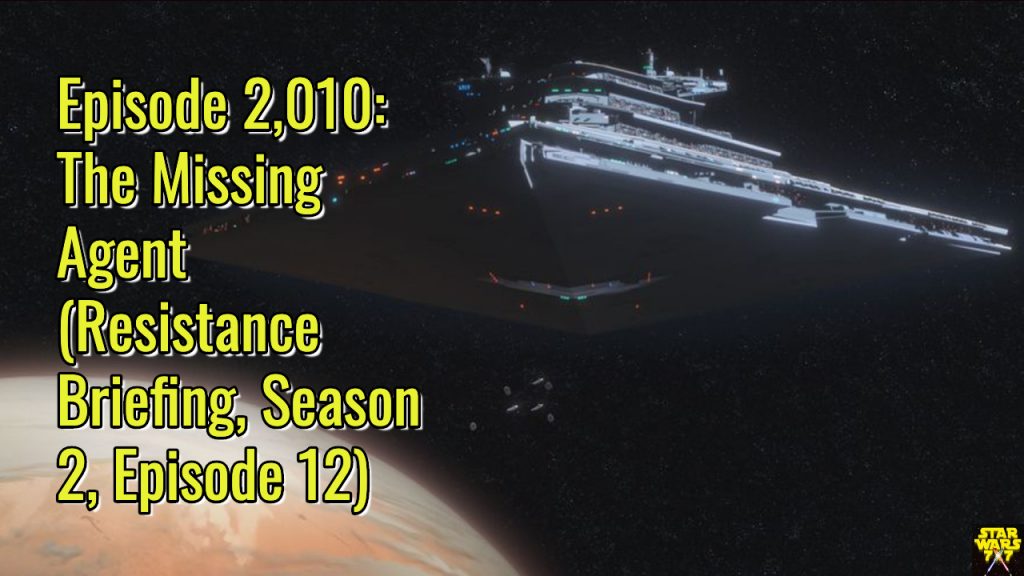 Well, with all the hoopla around The Rise of Skywalker, our Star Wars Resistance coverage had to take a back seat for a bit, I’m sorry to say. The good news is that we’re catching up this weekend, starting with a Resistance Briefing for “The Missing Agent.” This is episode 12 from season 2.

I praised the previous episode, “Station to Station,” as the best of the series to date. While I wouldn’t dethrone that episode, I will say that “The Missing Agent” (and “Breakout” following it) are turning this into a very strong run of shows. Action-packed, exciting, suspenseful, surprising, and funny – everything you could want from a Star Wars story!

That said, there is something strange going on that I’ve talked about on previous episodes related to Resistance. It was just a sense I had, but I’ve done a little digging and confirmed my suspicions, which we’ll talk about on today’s show as well. Punch it!