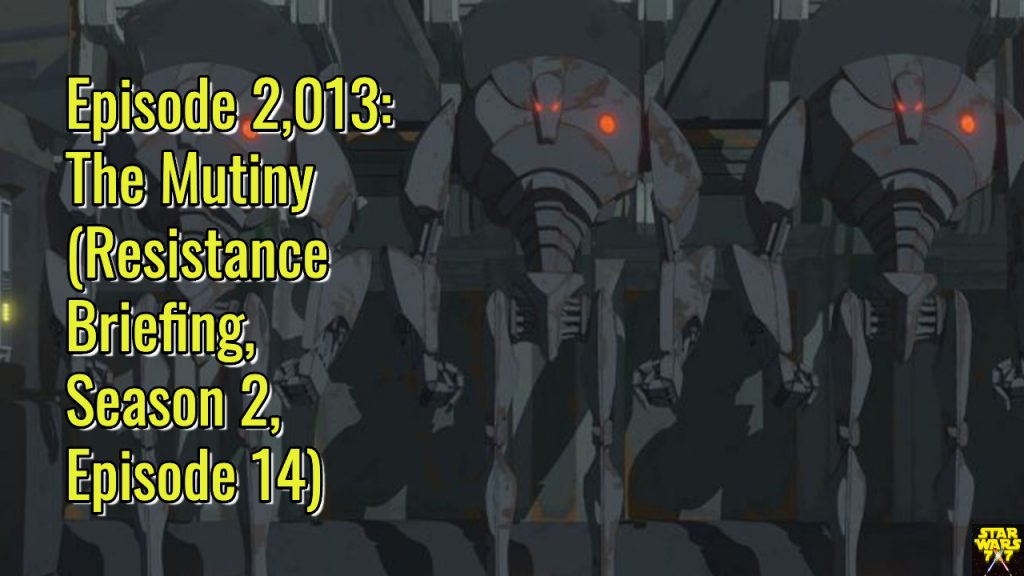 Welcome to another Resistance Briefing! With this one, we’re all caught up on Star Wars Resistance, as today’s episode of the podcast breaks down “The Mutiny.” I have to say, I’m wondering if there was more to this episode – the log line at Disney’s website says Ax Tagrin (Joe Manganiello) and Norath Kev (Daveed Diggs) were also supposed to appear in this episode, but they did not after all. I’ve got a theory about how they could have been involved, which I’ll be sharing on the show.

We’ll also talk about the cameo appearance of a cameo character from The Force Awakens, a confusing bit about the Colossus lockdown, and what’s coming up next for the show. Punch it!