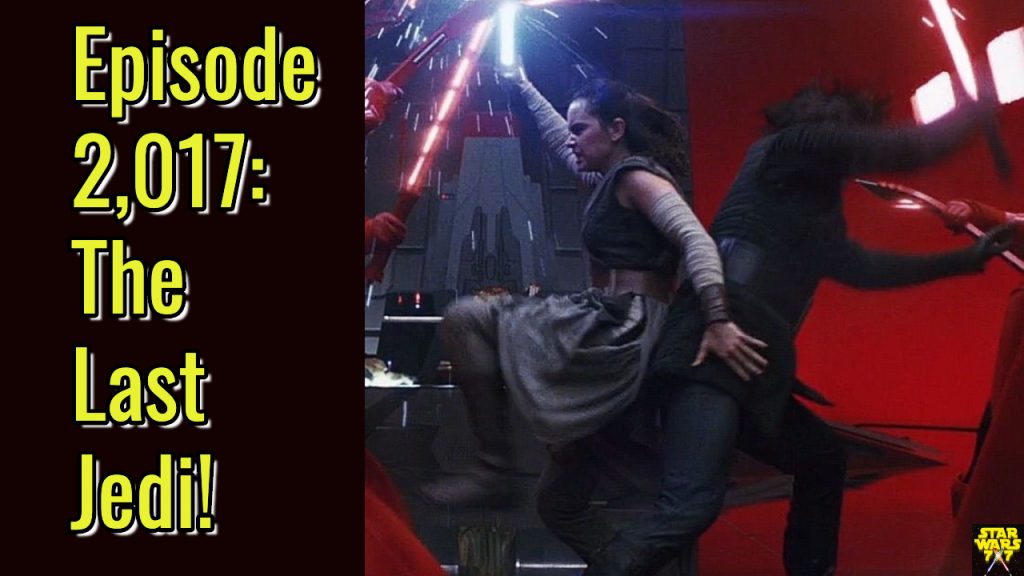 This episode didn’t quite go the way I thought. It’s the episode number that matches the year of release for The Last Jedi, so we’re exploring family themes (as with previous number/year matchups). But my first instinct was to say that family was less of a driver in this Star Wars movie than any other Star Wars movie we’ve discussed so far.

And in a sense, that’s right. Rey has accepted, somewhere inside of her, that her family isn’t coming back for her, so she’s forging ahead with the Resistance and training (hopefully) with Luke. Meanwhile, Kylo is still reeling from having killed his dad, and instead of it solidifying his journey to the dark side, it’s split his soul, and Snoke is using it to drag Kylo about his adoration of his grandfather.

Well, Kylo gets a shot at redemption, so to speak – literally and figuratively. But he can’t do it, he can’t kill his mother. But he won’t save her, either, which means that he, too, is totally alone in this galaxy.

Except that he isn’t. And that’s where family suddenly comes into the whole equation in an unexpected way – and it’s the kind of family we’ve talked about in previous episodes, though it’s usually a good-guy phenomenon. That’s the part I wasn’t initially thinking about when I started the episode, but that’s where it’s going to go today. Punch it!