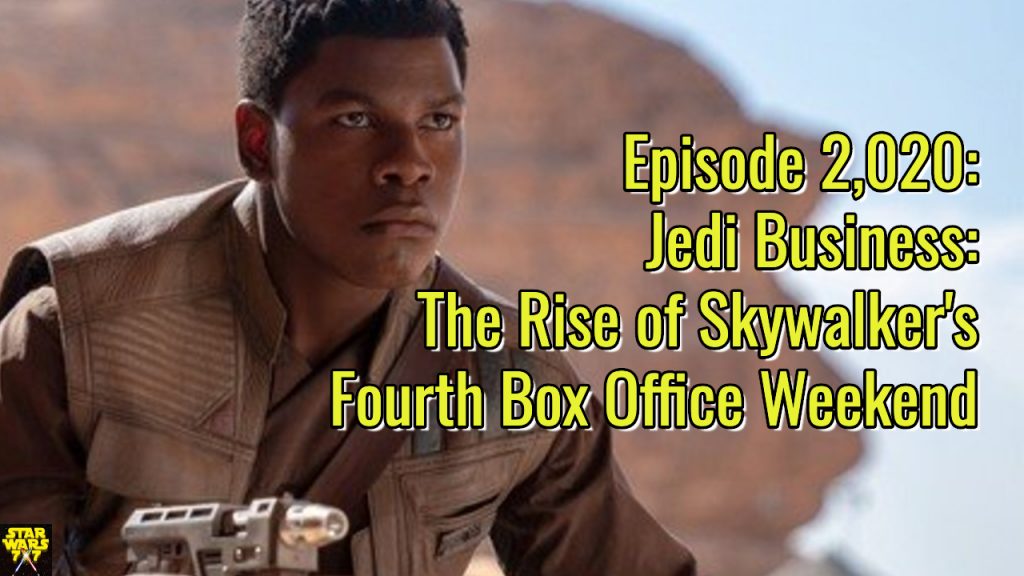 Well, it was going to happen sometime, it was only a matter of when. The Rise of Skywalker did not top the box office during its fourth weekend of release. That honor went to 1917, the World War I movie from Sam Mendes, which won a couple of Golden Globes two weekends ago, and opened “wide” for the first time this past weekend. (As in, it had ben in limited release previously and before the end of 2019, so it could qualify for the Academy Awards this year.)

On today’s episode, we’ll talk about how long the four previous Star Wars movies commanded the top of the box office by way of comparison, plus of course we’ll go over the numbers so far, and talk about when The Rise of Skywalker will reach its next box office milestones – $1 billion global, and $500 million domestic.

Also – it’s early yet, but I’m already thinking about it – a brief thought or two about whether any of the reactions to The Last Jedi had a noticeable impact on the performance of The Rise of Skywalker. Then finally, a moment of gratitude about the comments on the family mini-series of episodes that concluded yesterday, along with time-traveling thoughts about episode 2,022. Punch it!