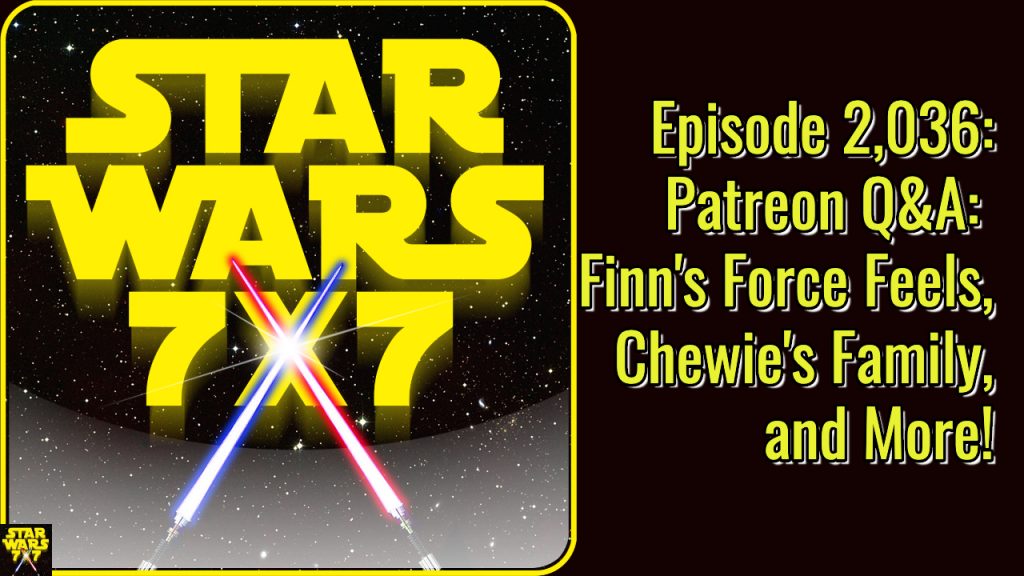 This month on the Patreon Q&A episode, there will have to be two episodes! Why, you ask? Because the questions our Patrons sent in are awesome, and there are enough of them that go deep enough with the answer that I won’t be able to get to them all on this episode.

So, today: An exploration of how Chewie’s family, first introduced in the Star Wars Holiday Special, has been re-canonized over the last few years; the story about the possibility of splitting The Rise of Skywalker into two films, and whether Disney/Lucasfilm made the right choice in keeping it as one movie; exploring the reveal of Finn’s Force sensitivity and the potential of it being fodder for future Star Wars stories; and the deal with the giant multi-colored hula hoop you see in the background of the video version of the show. Punch it!