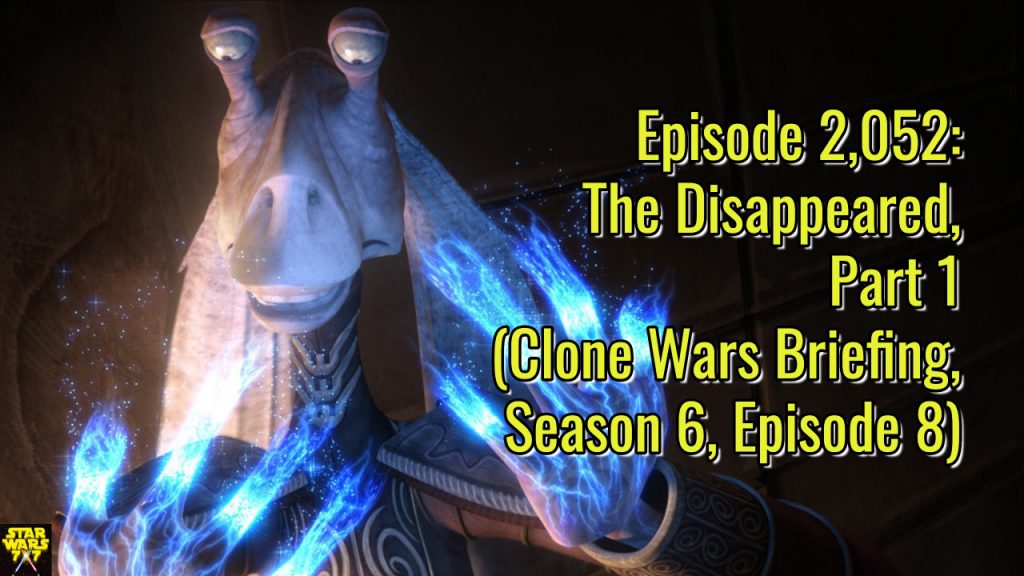 “The Disappeared, Part 1” is season six, episode 8 of the Clone Wars, and the first of a two-parter. And it’s remarkable for a strange juxtaposition.

On the one hand, the story is about the fact that various spiritual leaders on the neutral planet Bardotta have mysteriously disappeared. And it turns out this is a particular set of Force-sensitive mystics called the Dagoyan Masters. As Yoda notes, they’re not warriors – their connection with the Force is about intuition, knowledge, and the harmonies of the universe. But they think the Jedi are kidnappers, and so relations between the two groups aren’t so hot.

So it turns out that another group of Bardottan mystics – the Frangawl cult – is kidnapping the Dagoayn Masters to sacrifice to an ancient demon, Malmourral. And their cult temple is built, surprise surprise, deep below the Dagoyan Masters temple. (Why do cultures keep doing this? It seems like the worst idea every time.)

But meanwhile, Queen Julia of Bardotta requests help from the Republic, but will only accept one emissary – Jar Jar Binks, who is triumphantly voiced by Ahmed Best. Why Binks, you might ask? Because apparently he and Queen Julia have a thing going on. (Mace Windu, after finally reconnecting with Jar Jar on Bardotta – “Where were you last night?” With the clear implication that Jar Jar and Queen Julia were … well, perhaps it’s best left to the imagination. Or not.

We’ll talk about *most* of this on today’s episode, plus a surprising fact about the writer of this two-part episode. Punch it!