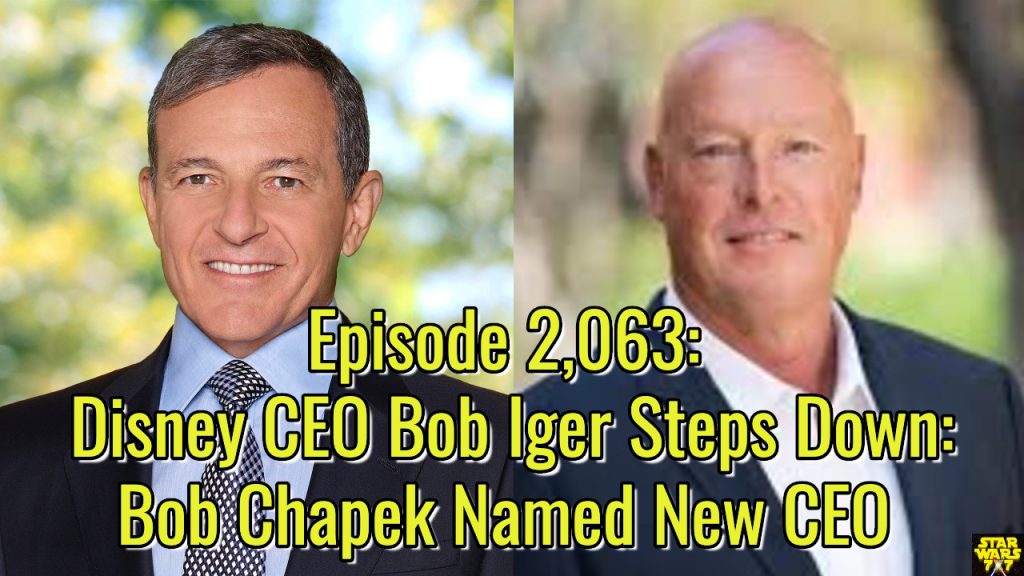 Yes, Bob Iger has been thinking about his retirement for a while. He’s been asked to stay by Disney for much longer than his initial contract limits were, and had signed multiple extensions. On the other hand, it does seem odd that on a random Tuesday afternoon at the end of February, Disney makes the announcement that Iger is stepping down as CEO effective immediately, and will be replaced by Bob Chapek. Chapek most recently served as chairman of Parks, Experiences, and Products – which means the creation of Galaxy’s Edge happened under his watch.

The unusual timing necessitated a hastily arranged call with Wall Street investors – one of whom sounded like he was calling in from a bar! – to ask what everyone wanted to know: Why now? And what does this mean for the future of Disney?

On today’s episode, I’m sharing Iger’s answers to these questions, and introducing you to Chapek. Punch it!