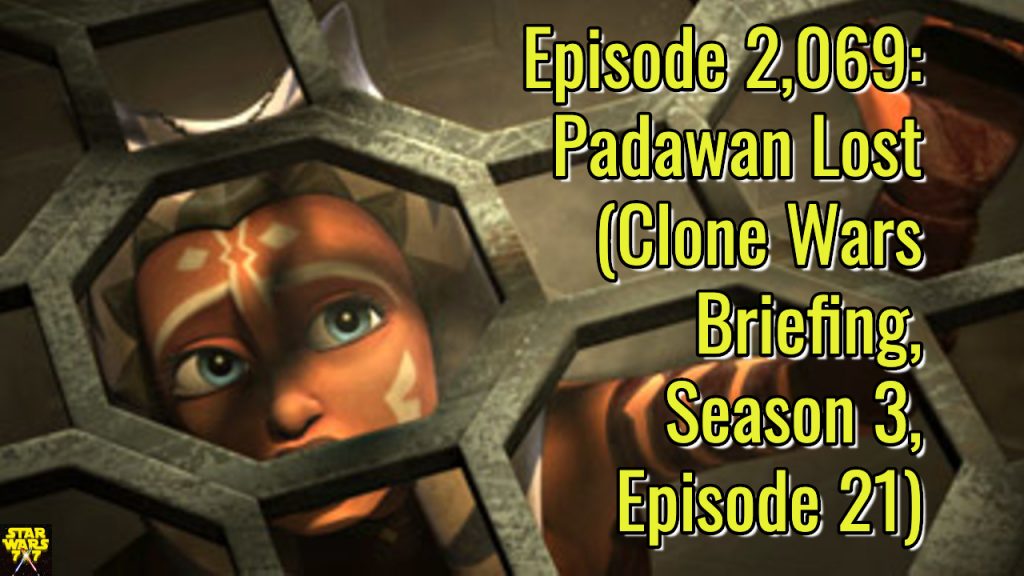 “Padawan Lost” is episode 21 from season 3 of the Clone Wars series, and it’s the first of a two-part story arc. Why are we talking about this episode today, you might ask? Well, it’s the only remaining story arc that we haven’t covered here on the show from season 3, and since it also happens that its featured player – Ahsoka Tano – figures prominently in the upcoming second and third story arcs of season 7, I thought it might be fun to look back at her earlier days, and finish off the season 3 Clone Wars Briefings at the same time.

So we’ll talk about this episode, which requires you to invent your own reasoning for why a Trandoshan is randomly skulking around a Separatist base on Felucia, and demonstrates the growing emotional attachment Anakin feels for his Padawan. She’s kidnapped without a trace, brought to a Trandoshan moon where she’s hunted for sport (and for a youth’s rite of passage, which goes very badly for said youth).

This episode also got me thinking about the animation in season 7; how it compares to season 3; what people were saying about the Clone Wars animation at the start of the show; how far we’ve come since then; and a little wistfulness over what could have been if Star Wars Resistance had a chance to run for more seasons. Punch it!