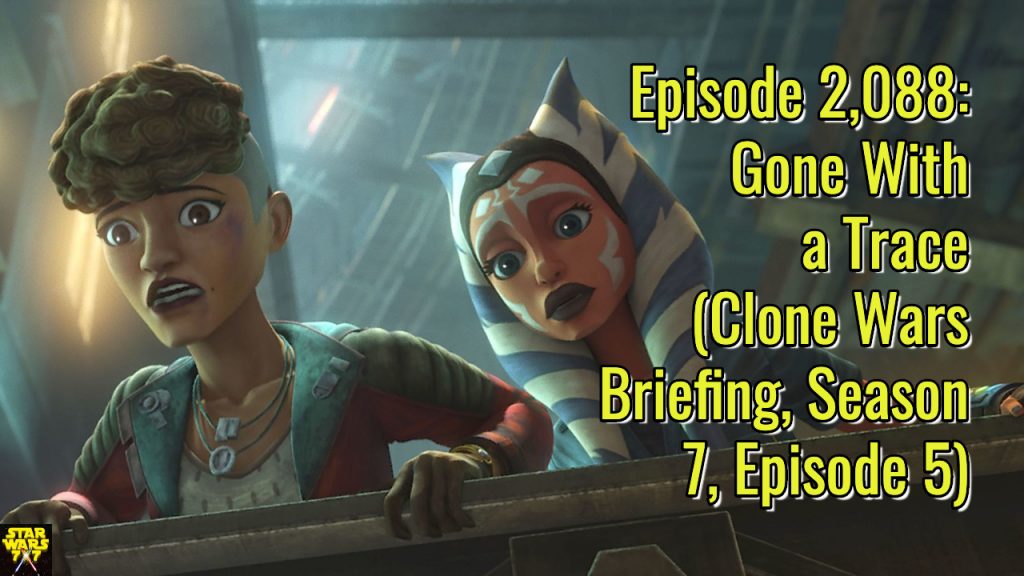 “Gone With a Trace” is the first episode of the second story arc of Clone Wars season 7 (and fifth episode overall), but it doesn’t feel like the start of a story arc. It feels more like a one-off episode. Thinking back to the first of the Bad Batch episodes, at the end of that arc’s first episode, we knew that Echo was alive – or, at least, that Rex believed it to be true. That served as an inciting incident for the remaining three episodes of the story arc.

This time, Ahsoka has her adventure, but at the end, tells her newly-met underworld friends that she’s gonna be movin’ on. There’s nothing about this adventure or its resolution to suggest what the rest of this arc will be about. As a result, it feels like we’re going to see more of an unmoored Ahsoka. Maybe that’s what’s going to drive her back to the Jedi?

Ultimately, we know that’s what needs to happen, since we’re getting the Siege of Mandalore story arc for the final episodes of season 7, and Ahsoka’s a big part of that. So we’re left to intuit that maybe this middle arc will serve as the bridge for getting her there … maybe? Either way, we’ll talk more about this on today’s Clone Wars Briefing, and add a postscript to the Rosario Dawson news from yesterday, thanks to one of our astute Patrons. Punch it!